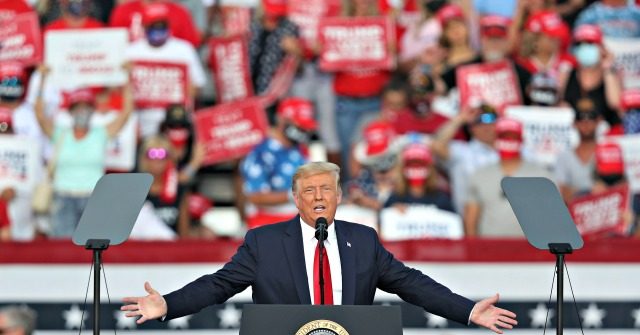 At a campaign rally in Florida on Friday, President Donald Trump accused his opponent of working for big tech and big media companies.

“They keep it nice and quiet,” Trump said. “He’s got a scandal, corrupt politician. They keep it out. They don’t want to let any story go.”

One of Hunter Biden’s former partners, Tony Bobulinski, claimed Thursday evening that Joe Biden knew about the family’s foreign business dealings and even got a cut of some of the profits as “the big guy” mentioned in Hunter’s emails.

The president praised his hometown paper, The New York Post, for publishing details proving that not only did Biden know details about his relatives pursuing foreign deals, but he even enjoyed some of the financial benefits.

“Big tech is not distinguishing itself,” Trump said. “They’re not exactly doing so great in making themselves look legit.”

Despite the censorship, Trump said, the details of the story were still getting out.

“People are wise to it,” he said. “They see what’s happening.”