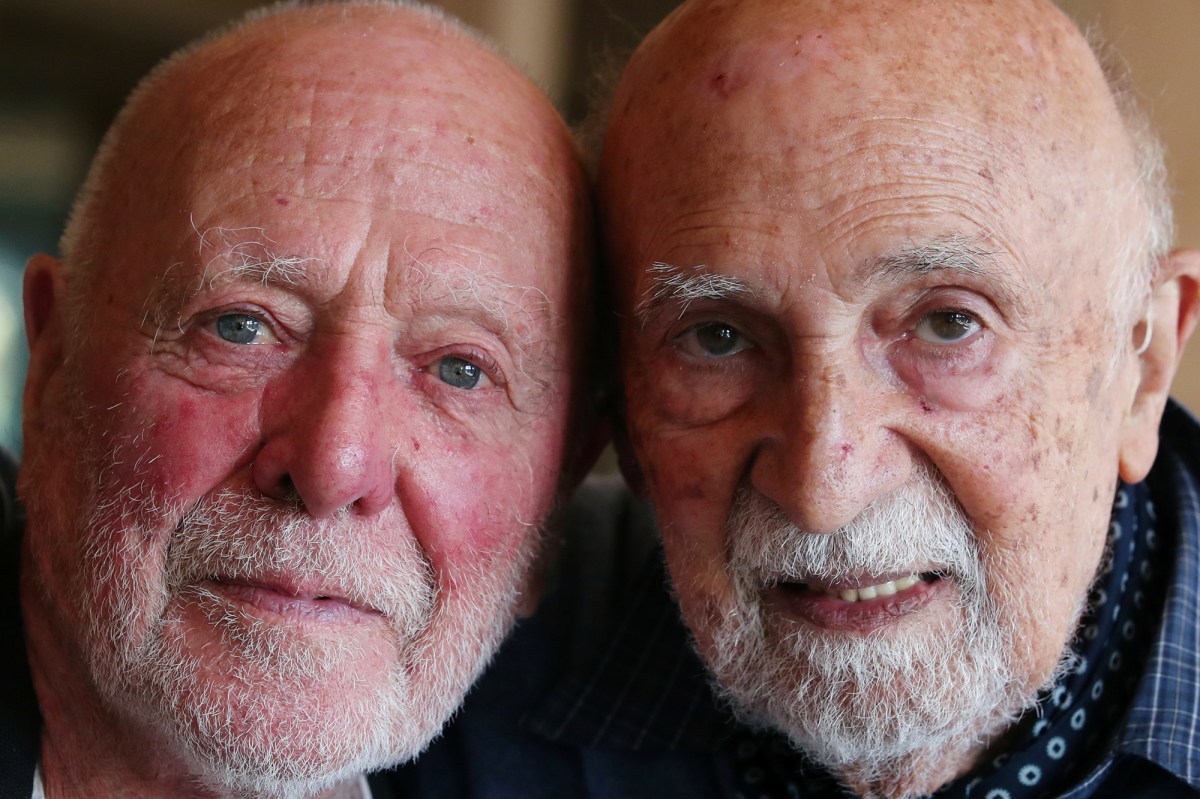 BRUSSELS – More than seven decades ago, their families were divided by war and hatred – Koenraad Tinel, the son of a Nazi sympathiser, and Simon Gronowski, a Holocaust survivor who lost his mother and sister to Auschwitz.

Now the two men, both in their 80s, have forged a close friendship that has become a symbol of reconciliation in their native Belgium.

“Koen and I were two children crushed by a war we did not understand,” Gronowski, a lawyer and jazz pianist, told Reuters.

Gronowski, 89, and Tinel, 86, met after they both published memoirs of their wartime experiences. They were introduced to each other by the Union des Progressistes Juifs de Belgique in 2012.

“They ask me: ‘Would you agree to meet the son of a Nazi?’. Yes I agree. Weird, but I agree,” Gronowski said. “Little by little, we met and got to know each other better.”

Last month, the twin Free Universities of Brussels – the Dutch-speaking VUB and the French-speaking ULB – gave both men honorary doctorates to recognise the significance of their bond.

“Their unique friendship is a power symbol of hope, happiness and peace,” the universities said a statement.

Gronowski, from Brussels, was 11 when the Nazis rounded him up with his mother and other Belgian Jews in a train wagon. “Miraculously, I jumped off the train and escaped,” he said.

Around the same time, Tinel was a living in Ghent. His brothers were Nazi soldiers and his artist father was sculpting busts of Adolf Hitler and SS officers.

Tinel, himself a sculptor, is holding an exhibition in Brussels up until Nov. 1. His works, inspired by the military parades of his youth, explore the theme of how fear drives people to commit atrocities.

“Koenraad is more than a friend, he’s my brother,” said Gronowski, sitting alongside Tinel in the Tour & Taxis exhibition hall.

“We do not bring you a message of sorrow but a message of hope and happiness. I tell everyone: life is beautiful, but it’s a daily struggle.”