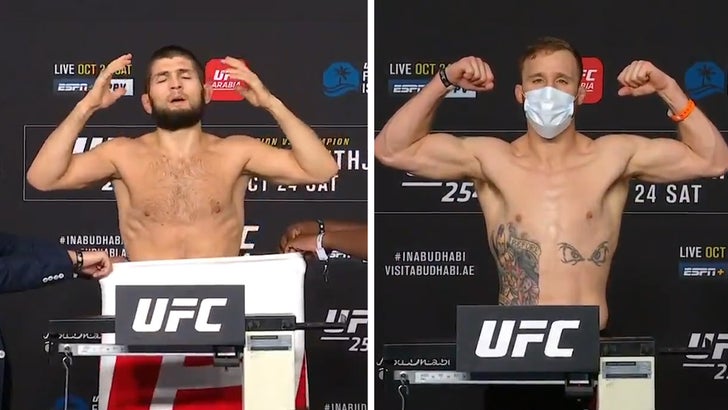 Khabib Nurmagomedov has officially made weight for his 155-pound championship fight with Justin Gaethje … though he needed to strip down naked to do it!

The Eagle couldn’t have looked more relieved Friday morning when he stepped onto the scale and hit exactly 155 pounds … meaning the lightweight title fight with Gaethje will proceed as planned.

UFC 254: Khabib vs. Gaethje is going down this Saturday LIVE from UFC Fight Island — the main card kicks off at 11 AM PT.

Khabib has struggled with weight cuts in the past — in fact, he pulled out of his UFC 209 fight with Tony Ferguson due to a bad cut.

But, no issues Friday … though Khabib’s people needed the famous UFC naked body ring to shield him while he stripped naked for the scale.

Justin Gaethje also made weight — and later on, the two came face to face to “square off” for some promotional photos leading up to Saturday’s main event.

As we previously reported, Dana White says the hype for UFC 254 is real — it’s currently tracking to be the most-watched PPV event in UFC history … bigger than any Conor McGregor fight!

The fight is available on PPV through ESPN+. 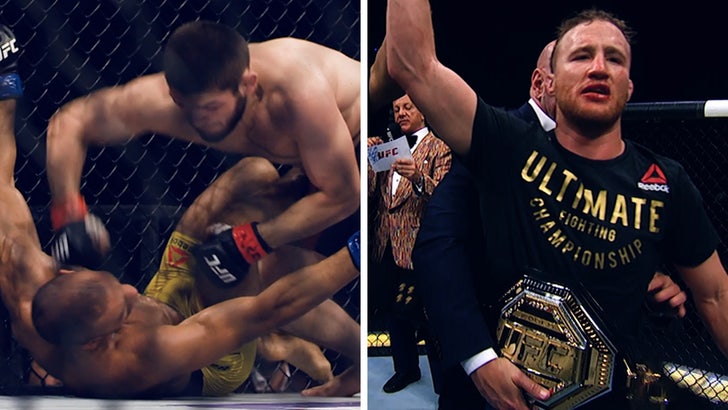