Sure, North Korean dictator Kim Jong-un is alive and well, but the same can’t be said right now for his wife … who hasn’t been seen in public since January.

Ri Sol-ju was last with Kim for a public event at the Samjiyon Theatre in Pyongyang during a Lunar New Year celebration, but after she missed a military parade she usually attends on October 10 … speculation’s swirling about why, and where in the hell she is now. 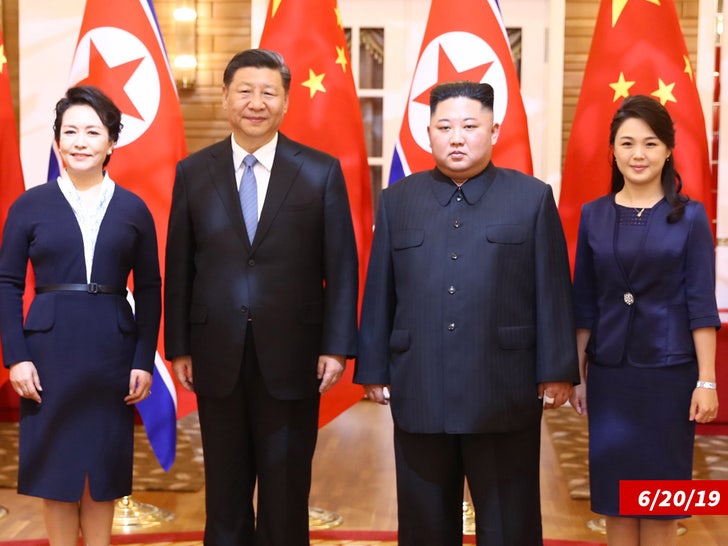 Along with the darkest guess that immediately comes to mind, there are 3 main theories that are less disturbing — but also maybe less believable.

One is that she’s taking care of Kim’s aunt who is ill. Another, from experts in South Korea, is that she’s afraid of getting sick herself amid the COVID-19 pandemic due to lack of social distancing and masks at events.

And finally, there are reports she stepped out of the public eye to take care of her daughter, who’s believed to have been born in 2013.

It should be noted — about a year ago there was similar concern for Ri after she wasn’t seen in public for 4 months, but then she was … and people speculated she may have given birth.

Of course, it’s hard to know what to believe when it comes to North Korea … as we learned this past summer about her husband.