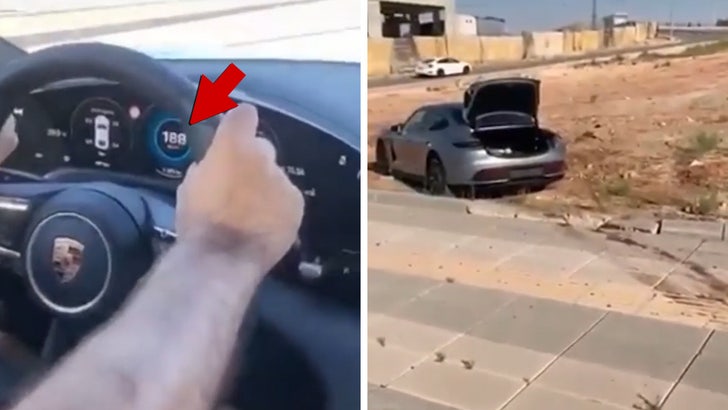 Divert your eyes, Porsche lovers — this crash during a speed test of the new electric model is gonna hurt.

A man in Turkey got behind the wheel this month of a Porsche Taycan Turbo S — it’s an all-electric whip, so it’s fast as hell, and he seemed so giddy about it he had a camera rolling. The speed test starts off just fine … topping out around 120 mph … but it had an ugly, dangerous ending.

Less than 20 seconds after hitting the throttle … BOOM!!!

For some reason, the guy went hurtling into a roundabout and lost control. He was lucky enough to survive … the Taycan was not as lucky. You can see significant damage to his ride and the concrete.