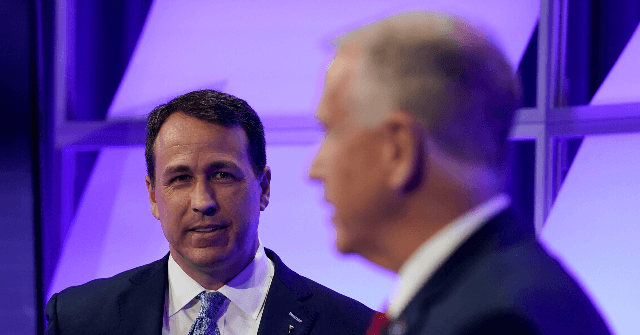 A Rasmussen Reports survey found that Tillis and Cunningham are tied at 45 percent each, with four percent of likely voters preferring another candidate, and six percent remain undecided.

Of the 47 percent of likely voters that said they have already voted, Cunningham has a 13-point advantage or 54 to 41 percent.

Ninety-four percent of North Carolina voters said they would vote in the 2020 elections.

Support for either Cunningham or Tillis depends on whether voters rank Trump’s performance as president or the economy as their most important issue. Cunningham wins 56 percent support among North Carolina voters that put Trump’s performance as the most pressing issue, whereas 63 percent of voters prefer Tillis when they rank the economy as the most important issue.

Cunningham also leads among women and voters under 40-years-old, whereas Tillis leads among men and older voters.

Eighty-two percent of Republicans back Tillis, but only 74 percent of Democrats back Cunningham.

The poll arises as Cunningham has continued to dodge media interviews since the media started reporting on his multiple affair allegations.

Cal Cunningham ran a campaign talking about truth and honor matters. He’s under investigation with the Army right now. He’s going to get a letter of reprimand and, depending upon the circumstances of now two affairs, he could ultimately be subject to court-martial. And I think that matters to North Carolina voters and I believe we were trending well before these revelations.

He added, “I think on election day we win the day, and we hold the Senate.”

Rasmussen Reports conducted the poll by contacting 800 likely voters between October 20 and 21. The margin of error for the poll is 3.5 percentage points.