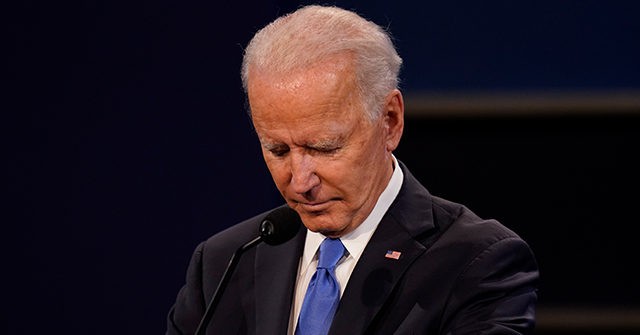 One of the more bizarre answers Joe Biden gave during Thursday night’s presidential debate was that he could not achieve criminal justice reform when he was vice president because he and President Barack Obama faced a Republican Congress.

Biden was responding to a challenge from President Donald Trump, who accused Biden of being “all talk, no action”:

Moderator: All right, Vice President Biden, and then we’re going to move on to the next section.

Biden: We had a Republican Congress, that’s the answer.

The irony is that Biden had earlier presented himself as a unifying figure: “I don’t look at this in terms of the way he does, blue states and red states. They’re all the United States,” he said, borrowing a line from Obama’s 2004 convention keynote.

Trump went on to point out that he had to persuade Democrats to support his criminal justice reform bill, the First Step Act. But an even better example — one that he unfortunately neglected to mention — was Trump’s success in passing the U.S., Canada, and Mexico Agreement (USMCA) through Congress. The USMCA fulfilled a central campaign promise to replace the North American Free Trade Agreement (NAFTA) — which Biden supported — and yet Trump managed to pass it while Congress was busy impeaching him. (Technically, it passed the House the day after impeachment, before the Senate trial.)

There are other examples. Trump managed to pass several coronavirus relief packages — including the Payment Protection Program (PPP) — despite facing stiff opposition from Speaker of the House Nancy Pelosi (D-CA), who stalled constantly. He also pushed through the Great American Outdoors Act, funding maintenance in the nation’s national parks, during the most contentious election season most Americans have ever experienced. (He declined to invite Democrats to the signing.)

Almost every president has to negotiate with a Congress controlled, in whole or in part, by the opposition party. President Bill Clinton achieved a balanced budget, and welfare reform, while negotiating with Newt Gingrich after the “Republican Revolution” of 1994. President Ronald Reagan worked with Speaker Tip O’Neill (D-MA) on tax reform and changes to the Social Security retirement age.

There are countless other examples in history — until the Obama-Biden administration.

Obama was notorious for refusing to work with Republicans. He ignored GOP suggestions on the 2009 stimulus, telling them, “I won.” He repeated that pattern with Obamacare, which passed without any Republican support as a result. In 2011, he blew up budget negotiations because he demanded more tax revenues at the last minute. In 2012, Obama created the Deferred Action for Childhood Arrivals (DACA) rather than work with Sen. Marco Rubio (R-FL) on a legislative proposal.

As a Senator, Biden was responsible for the rancor around Supreme Court nominations, which he turned into ideological battles with the nomination of Robert Bork in 1987. But also had relationships with colleagues from across the aisle. In emergencies, Obama used Biden as a go-between with Senate Republicans. At some level, Biden knows the value of compromise.

And yet, as debate moderator Kristen Welker noted, he has hardly been pushing for a deal on new stimulus.

The idea that a Republican Congress was to blame for the past failures of the Obama-Biden administration is ridiculous. It undermines Biden’s claim to be a “unity” candidate, and also suggests he may not be qualified for the presidency.