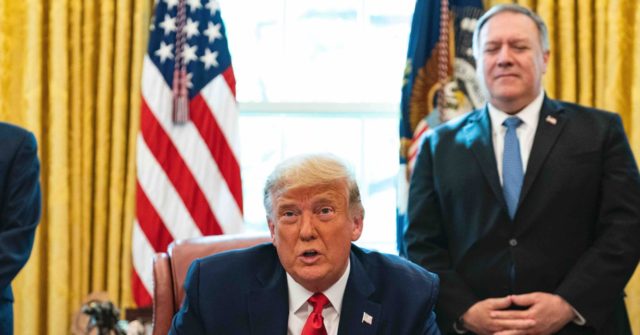 The announcement Friday of peace and normalization between Sudan and Israel is one of the most significant diplomatic achievements in the Middle East in the past half-century. In particular, it reverses the infamous three “noes” of Khartoum — no peace, no recognition, and no negotiation — that Arab states adopted in 1967, after Israel’s victory in the war that year.

HUGE win today for the United States and for peace in the world. Sudan has agreed to a peace and normalization agreement with Israel! With the United Arab Emirates and Bahrain, that’s THREE Arab countries to have done so in only a matter of weeks. More will follow! pic.twitter.com/UHB8H6oaZc

The Arab summit in Khartoum, Sudan, condemned the region to decades of conflict, as the Jewish Virtual Library notes:

From August 29 to September 1, 1967, eight Arab heads of state attended a summit conference in Khartoum where they formulated the consensus that underlines the policies of most Arab states in conflict with Israel. Among other issues, the resolution called for the continued struggle against Israel. By adopting the dictum of no peace with Israel, no recognition of Israel and no negotiations with Israel (The 3 Noes), the Arab states appeared to slam the door on any possible progress towards peace.

The text of the resolution adopted at Khartoum laid out the “framework of the main principles by which the Arab States abide, namely, no peace with Israel, no recognition of Israel, no negotiations with it.”

That was the Arab world’s practical response to their defeat in the war, in which Egypt and Syria had sought to wipe out Israel and drive the Jews into the sea. (Jordan also joined in, albeit somewhat more reluctantly.)