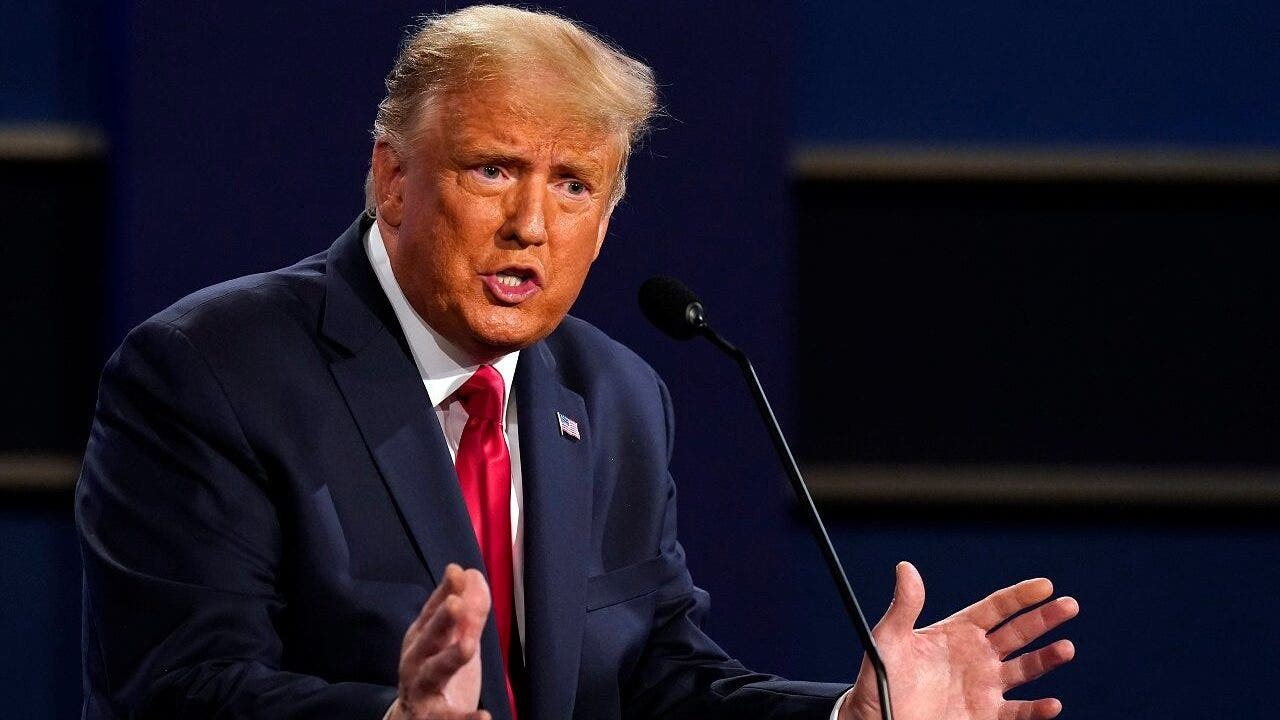 President Trump told a crowd of supporters in Florida Friday that Democratic nominee Joe Biden’s remarks on transitioning away from the oil industry were “perhaps the most shocking admission ever made during a debate.”

“One of the most stunning moments last night was when Joe Biden admitted he wanted to abolish the oil industry,” Trump said at a rally at The Villages, in Sumter County. “Did you see him this morning? He said ‘I didn’t really mean that.'”

Trump spoke while visiting the Sunshine State to vote Saturday morning at his permanent residence.

Biden said that Trump was taking his comments out of context and that the country needs to “move toward a net-zero emissions… by 2050 totally.”

When pressed on his comments Friday morning, Biden walked back his debate comments.

Biden has framed his plan as a commitment to ending fossil fuels in front of liberal audiences or alternatively a commitment to not immediately get rid of fossil-fuel related jobs to more centrist ones. Biden on Thursday night said he would not ban fracking, while at the same time promising to transition away from fossil fuels.

Trump accused Biden of being in favor of banning fracking in Thursday’s debate.

“He was against fracking,” Trump said. “He said it … until he got the nomination, went to Pennsylvania, then he said — but you know what Pennsylvania, he’ll be against it very soon because his party is totally against it.”

“I have never said that I oppose fracking,” Biden firmly said.

“You said it on tape!” Trump exclaimed.

“Show the tape! Put it on your website!” Biden challenged the president. “The fact of the matter is, he’s flat lying.”

The Trump campaign immediately fired back with a montage of Biden remarks expressing opposition to fracking.