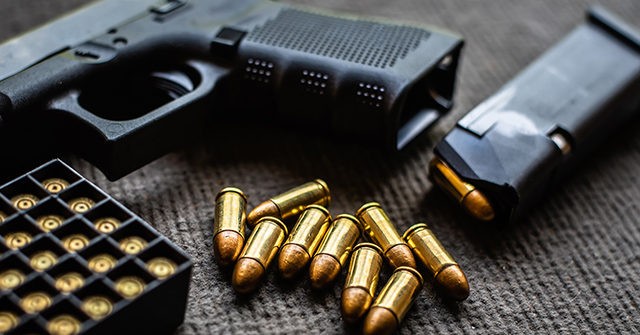 The Daily Mail reports that the two alleged armed invaders made their way into the home as friends of Pacheco’s husband, Daniel, arrived to watch a Miami Heat basketball game on television. Once inside, the alleged invaders held them at gunpoint in the living room.

Pacheco was in the bedroom with her seven-year-old son. She then grabbed her husband’s gun and opened fire on the alleged intruders to protect her son.

The men fled as shots were exchanged and Daniel ran to Pacheco, took the gun, and chased after the suspects.

[embedded content]
The robbers got into “a dark sedan” and allegedly fired gunshots as they sped off. Daniel shot back at the sedan.

Local 10 spoke with Pacheco about the incident. She said, “While I was in the bathroom, I started to hear the commotion, I started hearing, ‘Get down, get down, give me everything you got. I went to the nightstand; I grabbed the gun and I opened the door. I saw one if they guys face to face with me. He told me to put my gun down. I just shook my head no, and then I said, ‘Don’t shoot me, my son is in here.’”

“They finally just ran out. My husband ran and got the gun and shot back at the vehicle that was leaving.”