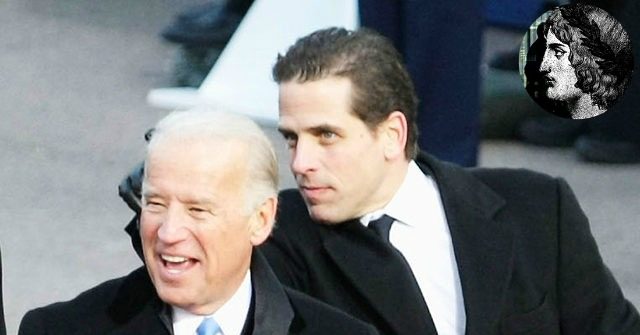 Coverage of business dealings by Joe Biden’s son — and pre-debate allegations by one of his former business associates, Tony Bobulinski — garnered more than twice as much online activity (likes, comments, shares) as the runner-up.

The second-place topic — also pushed by Republicans — was the former vice president’s comments on oil and fracking.

Social media interactions on stories about Hunter and Bobulinski reportedly stood at 1.3 million, far more than the discussions (nearly 545,000) over the second-place topic.

During Thursday’s debate, President Trump accused Democrat presidential candidate Joe Biden of a pay-for-play scheme in Ukraine and China related to his son’s business dealings in those two countries.

Joe employed his oft-used line of defense when it comes to Hunter of denying any wrongdoing.

CNN anchor Jake Tapper said Trump’s charges about Hunter during the debate were “off in Breitbart land.”

Last week, the New York Post and Breitbart News extensively reported on the contents of emails from a laptop allegedly belonging to Hunter that indicate the senior Biden may have lied about never speaking to his son about his overseas business dealings.

Before he debated Trump on Thursday, Joe had refused to answer any questions about the emails from what Trump often refers to as the “laptop from hell.”

Hunter Biden’s former business partner, Bobulinski, told reporters right before the debate that Joe has been lying about not being involved in discussions about his Hunter’s business dealings.

However, Fox News and the Wall Street Journal reported that evidence provided by Bobulinski suggests Joe had no role in the discussions.

Axios learned from the NewsWhip data that overall social media engagement was much lower on Thursday than for the first debate earlier this year.

“By the morning after this week’s debate, the top 100 stories generated 2.77m interactions (likes, comments, shares) — 59% lower than for September’s debate,” Axios reported.