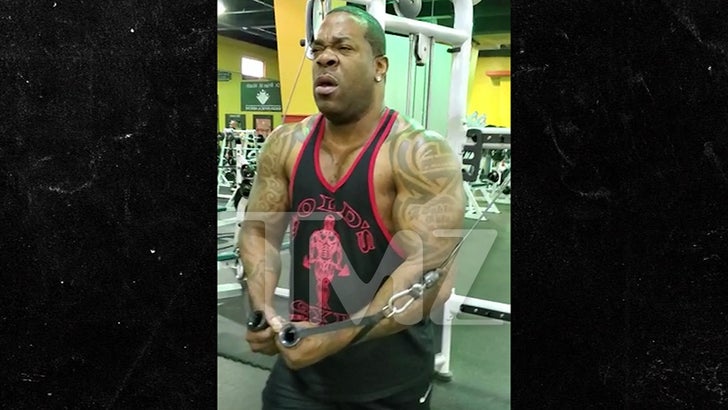 The secret to Busta Rhymes‘ jaw-dropping weight loss — he did what most people wish they’d done in quarantine … focusing on heavy-duty training and bustin’ a sweat every chance he got.

Celebrity trainer, Victor Muñoz, is the guy who guided the rapper through the program that made his bulging gut vanish … and he tells us the key was pushing heavy metal. Seriously heavy, as you can see in some of Busta’s training videos.

Victor tells us, Busta ripped through full-body workouts to strengthen his chest and cut down that belly fat. In the video, it looks like Busta was pushing more than 300 lbs on his bench press!!!

Victor and the Queens MC have been working together for 8 years, but the trainer says the COVID lockdown offered a rare opportunity — lots of free time that would normally be spent traveling for performances. He says they committed to using the time to transform Busta’s body.

They started with twice a week sessions, sometimes as long as 2 hours — but now they’re up to 3-4 per week. Busta posted a dramatic before-and-after pic, encouraging others to never give up. Muñoz says the results weren’t immediate, but they came in due time.

His new album, “Extinction Level Event 2: The Wrath of God” is about to drop, but Busta’s not letting up on his fitness. Victor — who’s also trained Diana Ross and “Boardwalk Empire’s” Devin Harjes — says Busta’s so dedicated … he’ll choose to walk 16 flights of stairs, instead of taking the elevator, to get to his NYC studio.

Can’t deny it’s working for him.