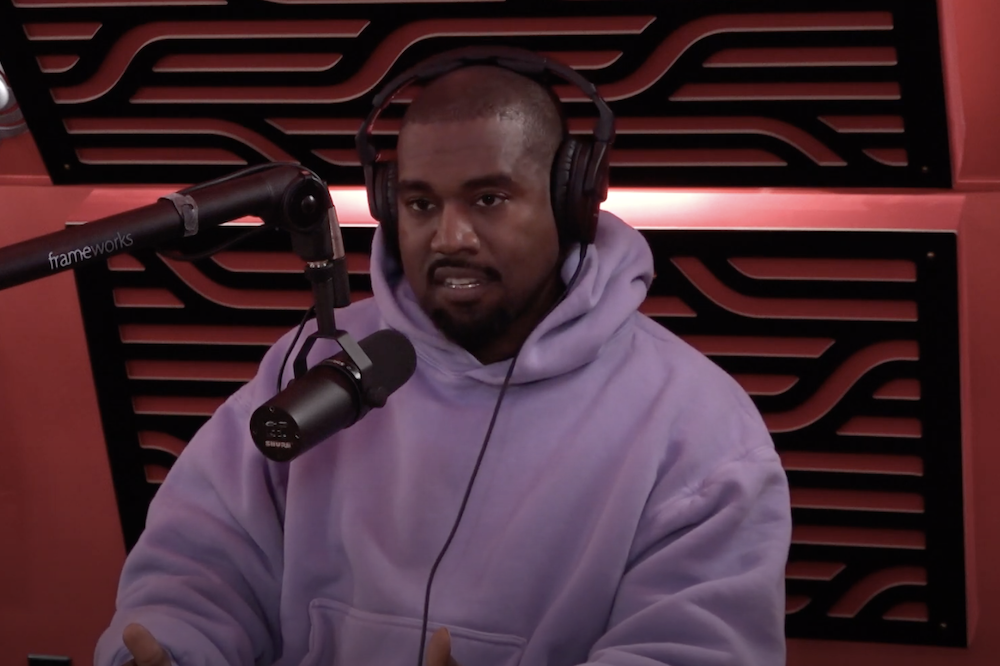 Kanye West’s highly anticipated appearance on The Joe Rogan Experience has arrived, and it lives up to the hype. During the nearly three-hour-long conversation, the rapper-turned-presidential-hopeful revealed the exact location where he got the idea to run for office.

“It was something that God put in my heart back in 2015. A few days before the MTV awards, it hit me in the shower,” West recalled. “When I first thought of it I just started laughing to myself. All this joy came over my body, just through my soul. I felt that energy; I felt that spirit.”

“I believe that my calling is to be the leader of the free world,” he added before explaining why he thinks he’s the man for the job.

“There couldn’t be a better time to put a visionary in the captain’s chair,” West declared. “I’m not here to down Trump or down Biden, I’m just here to express why God has called me to take this position…I’m a great leader because I listen and I’m empathetic…I do believe in world peace.”

Elsewhere in the interview, West discussed his work as a “pastor,” his clothing line, and the music industry. He also suggested that Bob Marley, Michael Jackson, Prince and Bruce and Brandon Lee had been murdered, among other claims. Watch the full interview below.