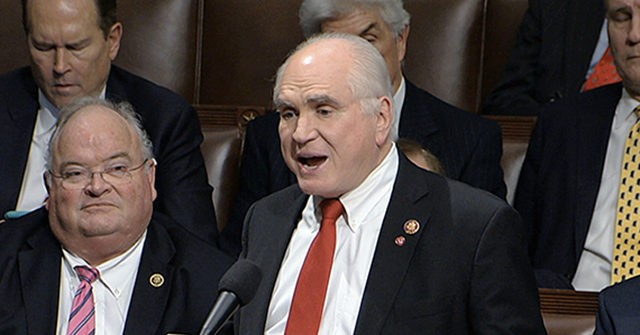 Kelly, who is running for reelection to his seat in the House of Representatives this year, took to social media to demand an apology from the former vice president for using the term, which he likened to Hillary Clinton’s disparagement of Trump supporters as “deplorable” in 2016.

“Joe Biden should apologize for insulting millions of Pennsylvanians who support [President] Donald Trump,” the congressman wrote. “I’m proud to be one of those “chumps” (deplorables?) who will choose to Make America Great Again over the Biden/Harris socialist agenda.”

Joe Biden should apologize for insulting millions of Pennsylvanians who support @POTUS @realDonaldTrump. I’m proud to be one of those “chumps” (deplorables?) who will choose to Make America Great Again over the Biden/Harris socialist agenda. https://t.co/MbNs0ucDUu

The congressman’s remarks came shortly after Biden appeared at a rally in Bucks County, Pennsylvania, a suburb of Philadelphia, to discuss his plans for tackling both the economic and public health aspects of the novel coronavirus pandemic at a rally. During the event, Biden referenced several pro-Trump protesters who were stationed outside the event, in an attempt to display that his response to the virus would be to the benefit of all Americans.

“I’m running as a proud Democrat, but I will govern as an American president, for everybody,” the former vice president said after arguing that Trump had taken a divisive stance on the pandemic.

“I’ll work as hard for those who don’t support me as those who do, including those chumps at the microphone out there,” Biden said. “That’s the job of a president, the duty to care for everyone, the duty to heal.”

Biden’s comments occurred as the former vice president is already under fire in Pennsylvania, a hub for natural gas production, for his shifting stance on fracking. During the final presidential debate of the general election on Thursday, Biden asserted that he did not support a ban on fracking, but did admit that the United States would have to transition from oil at some point in the near future.

The remarks quickly were seized upon by Republicans, who argue that the Democrat nominee’s position on energy is in line with more progressive elements of his party, which favor banning fracking and programs like the Green New Deal.