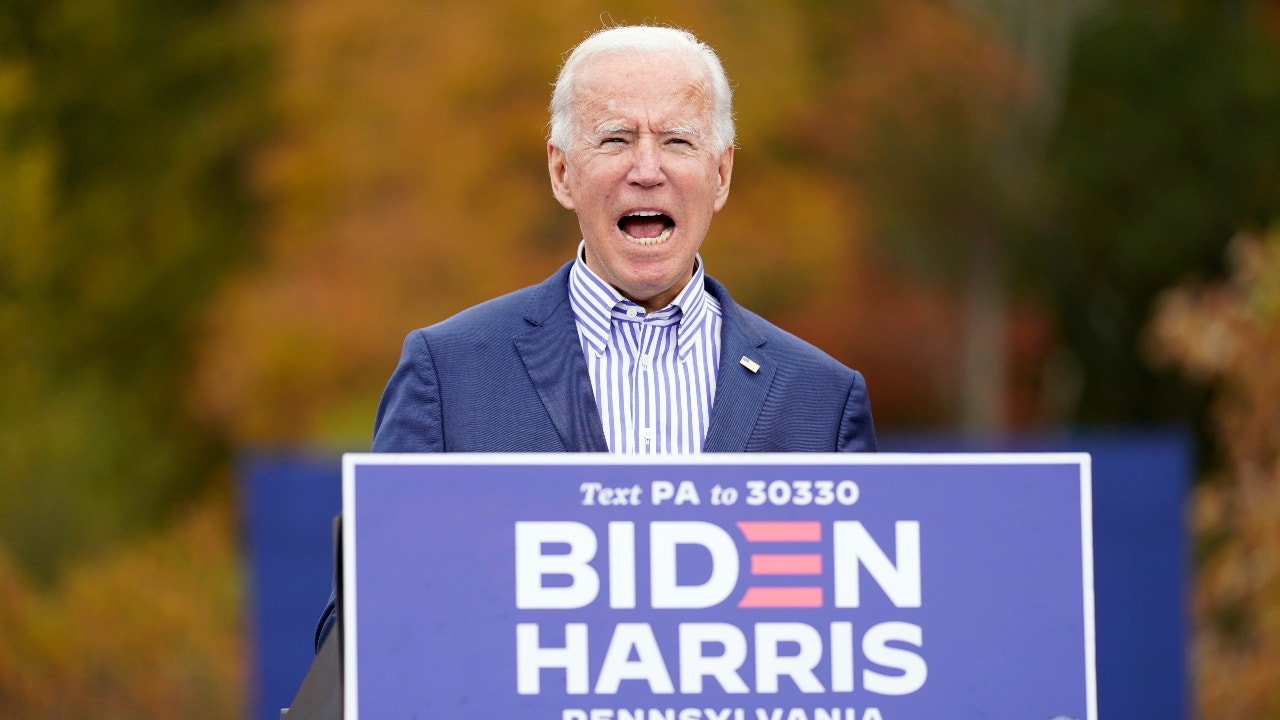 The former vice president called the band of Trump supporters parked outside his rally “chumps” while addressing the crowd.

“I’m running as a proud Democrat, but I will govern as an American president,” he said. “I’ll work as hard for those who don’t support me as those who do, including those chumps with the microphone out there. Look, that’s the job of the president. The duty to care for everyone. The duty to heal.”

He continued later: “By the way, we don’t do things like those chumps out there with the microphone and Trump guys. It’s about decency.”

The pro-Trump group honked horns, flew Trump flags and made other commotion in what appeared to be an effort to distract from Biden’s rally.

At least one person could be heard speaking through a megaphone on various videos posted to Twitter, shouting slogans including “Four more years.”