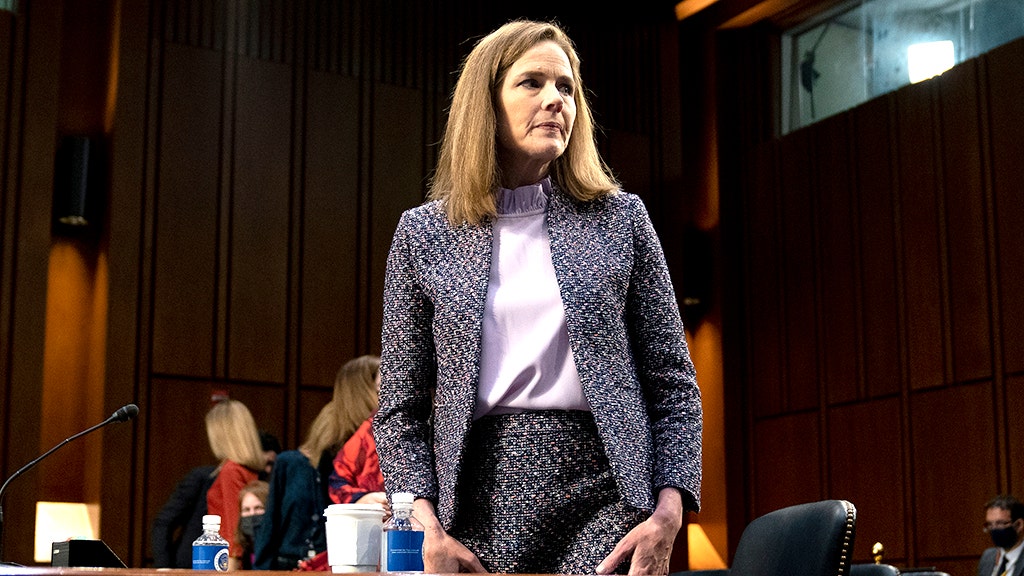 The Senate will gavel in a rare Saturday session this afternoon to debate confirming Judge Amy Coney Barrett to the Supreme Court — just days before voters decide whether Republicans will maintain control of the Senate and the White House.

Republicans, who hold power and have a majority of the votes, are bracing for more Democratic protests throughout the weekend but remain optimistic they have the 51 votes necessary to confirm Barrett during a final vote Monday.

“Mainly, the reason we’re here is so the Democrats can continue to protest,” Sen. John Thune, R-S.D., told Fox News’ Neil Cavuto on Saturday. “We had a series of procedural votes yesterday. They’re trying to do what they can to delay or block her nomination.”

“We are setting up for a vote tomorrow at one o’clock. It’s what we call a cloture vote. It’s a procedural vote. As long as we have every Republican here and available, we’ll win that and that will set up a final vote on Judge Barrett’s nomination for Monday evening,” Thune said.

Republicans hold a 53-seat majority in Senate. Two Republican senators — Sens. Lisa Murkowski of Alaska and Susan Collins of Maine — have opposed moving on Barrett’s nomination before the election — leaving Republicans with 51 solid “yes” votes. The margin is so tight that’s little room for absences or last minutes defections.

AMY CONEY BARRETT CONFIRMATION: WHAT TO EXPECT IN THE SENATE OVER THE NEXT FOUR DAYS

In recognition of the slim majority, Sen. Kelly Loeffler, R-Ga., put out a statement Saturday morning to offer reassurances she will available to confirm Barrett. Two of her staffers had tested positive for coronavirus, but Loeffler announced she tested negative.

“Senator Loeffler is more energized than ever to vote to confirm Amy Coney Barrett as the next Supreme Court Justice on Monday before returning home and traveling the state to meet with hardworking Georgians,” the statement said.

Democrats have dismissed the Barrett nomination as a “sham” process that’s never been done so close to an election. Schumer made clear Democrats would continue to put up a fight with whatever delay tactics are at his disposal.

Republicans are “running the most partisan, the most hypocritical and least legitimate process in the history of Supreme Court nominations,” Schumer said Friday. “… We’re not going to have business as usual.”