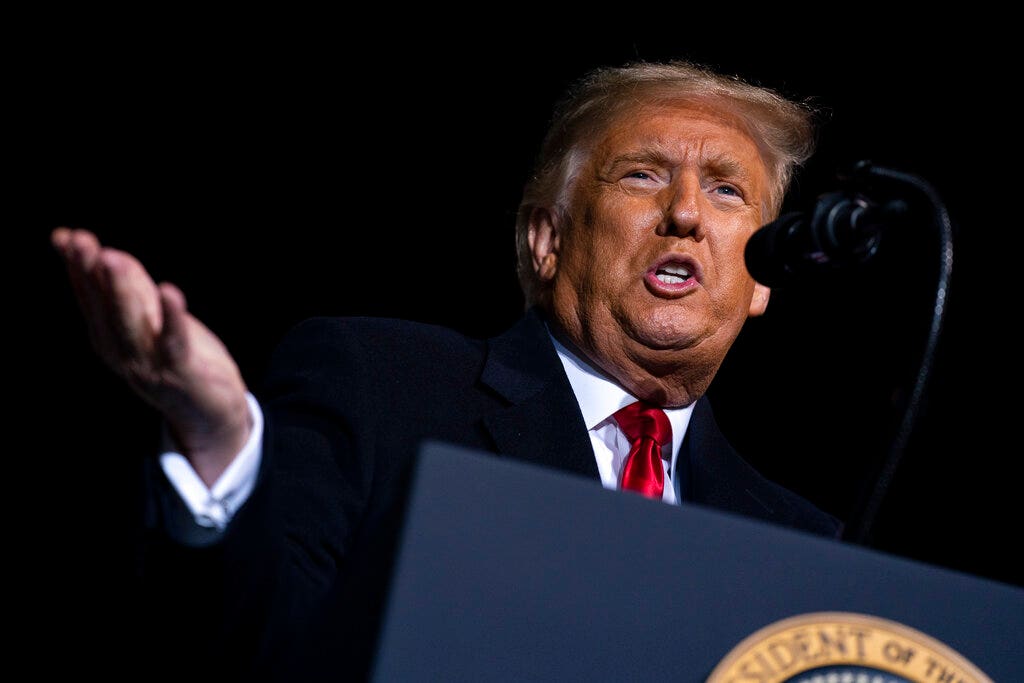 President Trump, who has long identified as a Presbyterian, now considers himself a “nondenominational Christian.”

Trump shared his change in religious identity in a written statement to Religious News Service.

“Though I was confirmed at a Presbyterian church as a child, I now consider myself to be a nondenominational Christian,” Trump wrote, without giving an explanation for the transformation or saying when it occurred.

Trump has a loyal base among white evangelicals, who in 2016 helped propel him to victory.

That year, the religious group made up roughly a quarter of the electorate, and 81 percent of them voted for Trump, according to a report by The Washington Post.

The president told RNS that his parents “taught me the importance of faith and prayer from a young age.”

Trump, who contracted COVID-19 in early October, attributed his swift recovery to his faith.

“I said, ‘There were miracles coming down from heaven.’ I meant it — Melania and I are very thankful to God for looking out for our family and returning us to good health,” he told the outlet.

The president received a cocktail of anti-virus drugs while battling COVID-19. After taking an antibody treatment by drug-maker Regeneron, Trump said he “felt like Superman.”