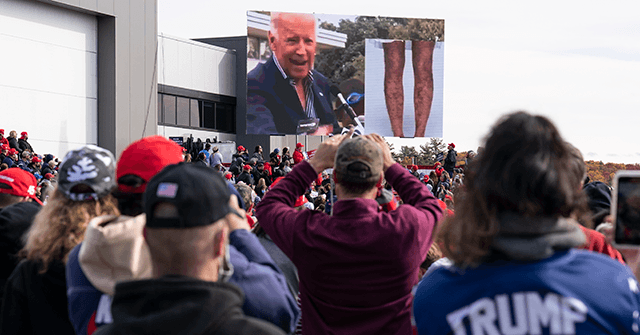 The latest video featured a famous resurfaced clip of the vice president talking about his days as a lifeguard.

You can’t make this stuff up… Joe Biden is ready for SNL, not the White House. 😂 https://t.co/5gOSaADteG

“I got hairy legs that turned — blonde in the sun. And the kids used to come up and reach into the pool and rub my leg down so it was straight and watch the hair come back up again,” Biden recalled during a speech in June 2017.

The video was resurfaced and widely ridiculed in 2019 and remains online as one of the oddest speeches made by the vice president.

Trump also played a video of Biden vowing to end the Trump tax cuts and raise taxes if elected president.

The president debuted the ability to play videos on a large screen for his supporters at rallies last week in Pennsylvania.