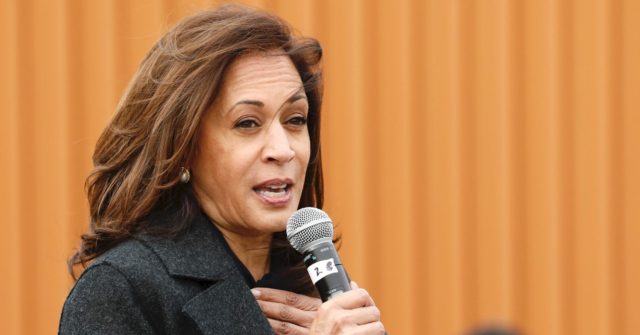 CLAIM: President Donald Trump is a racist, as shown by Birtherism; Charlottesville; “Mexicans”; and the “Muslim ban.”

VERDICT: FALSE. None of these examples is valid. All of them involve outright lies or significant omissions of context.

Sen. Kamala Harris (D-CA), the Democratic Party nominee for vice president, told 60 Minutes on Sunday evening that she believed that President Trump is a racist, and cited the four reasons above.

“Yes, I do. You can look at a pattern that goes back to him questioning the identity of the first Black president of the United States.” https://t.co/EF7jsaRXM5 pic.twitter.com/w3n8zUbU6D

From the CBS News transcript of the interview:

Norah O’Donnell: On the campaign trail, President Trump has attacked you frequently. He’s called you a monster. He’s said you’re nasty and it would be an insult to our country if you became the first female president. Do you see this as just the rough and tumble of politics, or do you view those attacks against you as racist?

Senator Kamala Harris: Well, this is not the first time in my life I’ve been called names and it– you know, it was predictable, sadly.

Norah O’Donnell: Do you think the president is racist?

Senator Kamala Harris: Yes, I do. (LAUGH) Yeah. I do. You can look at a pattern that goes back to him questioning the identity of the first Black president of the United States. You can look at Charlottesville, when there were peaceful protesters, And on the other side, Neo-Nazis  and he talks about fine people on either side.  Calling Mexicans rapists and criminals. His first order of business was to institute a Muslim ban. It all speaks for itself.

All of these examples are invalid, as Breitbart News has shown countless times — most recently in a fact check of Harris’s speech last week in Atlanta:

(1) [Birtherism] Trump questioned Obama’s eligibility to be president. He did the same with Sen. Ted Cruz (R-TX), who was born in Canada (and later produced evidence of his mother’s U.S. birth). Trump applies the same standard to everyone. (Proof.)

(2) [Charlottesville] Trump never said the neo-Nazis were “fine people.” In fact, he said they should be “condemned totally.” Harris knows that she is lying, because Vice President Mike Pence told her the truth to her face at their debate earlier this month. (Proof.)

(3) [“Mexicans”] Trump did not refer to Mexicans as rapists and criminals. He was referring to people who entered the U.S. illegally, making clear that he was not even talking about all illegal immigrants: “And some, I assume, are good people.” (Proof.)

(4) [“Muslim ban”] Trump never imposed a “Muslim ban.” He restricted travel from terror-prone countries identified under Obama. Most Muslim states were unaffected, and the ban was upheld at the Supreme Court. Non-Muslim countries are on the list. (Proof.)

During the Democratic presidential primary, Harris attacked former Vice President Joe Biden for his past racial insensitivity. 60 Minutes did not ask her about Biden’s statements on race.