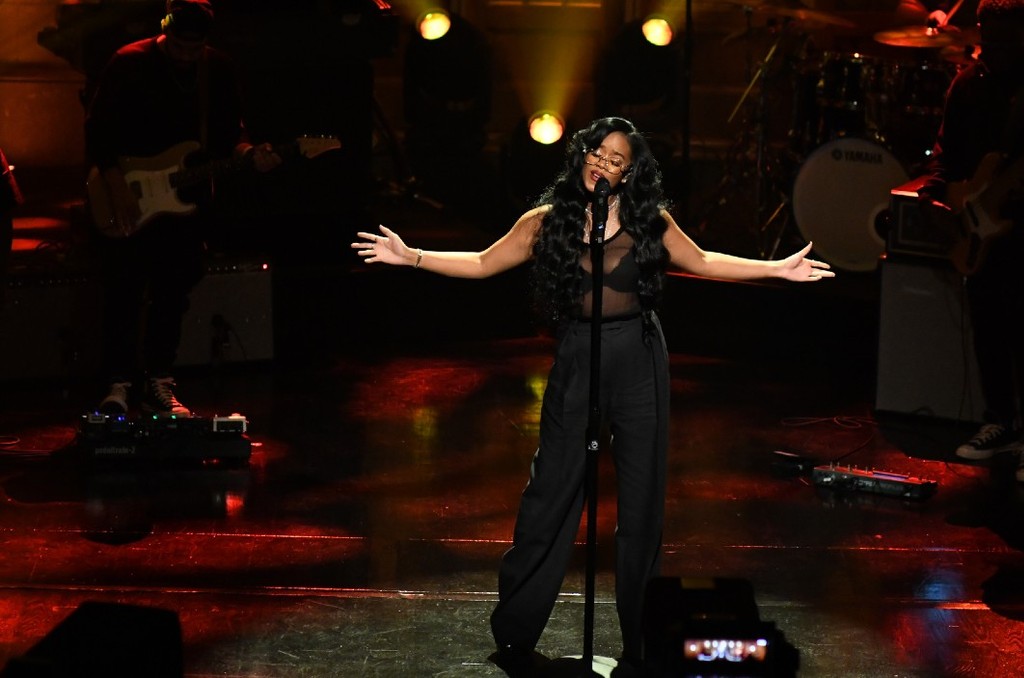 The hashtag, which according to TIME magazine dates back to at least 2017, has been trending after an Amnesty International report found that Nigerian police killed 12 peaceful protestors last week. According to the Associated Press, at least 56 have died in two weeks during demonstrations. Since then, multiple musicians have spoken out — including Beyonce, Rihanna, and Nicki Minaj — sharing their heartbreak and pleas to end the violence against peaceful protesters. Several Nigerian musical artists have also landed on the Social 50 chart during the #EndSARS campaign.

Earlier during the late-night comedy show hosted by Adele, H.E.R. — born Gabriella Wilson — performed “Damage.” The singer released the song on Oct. 21, just days before her SNL appearance. Meanwhile, “Hold On” was officially released with a studio version after the performance, making it two brand new songs that the singer-songwriter has dropped in one week.