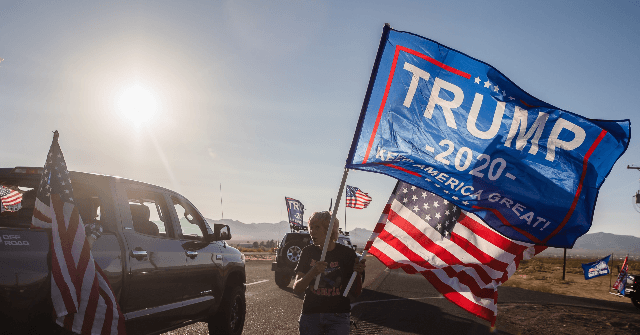 More than 1,500 cars lined up for a pro-Trump parade in Arizona that stretched for miles, according to a video taken at the parade.

At least 1,500 vehicles went through Chandler, Queen Creek, Mesa, and Gilbert on the parade route. Dozens of people also rallied for Trump in Mesa, lining the streets and encouraging those passing by to honk their horns in support, AZ Family.com reported.

The Arizona car parade was not the only pro-Trump car parade to take place this weekend.