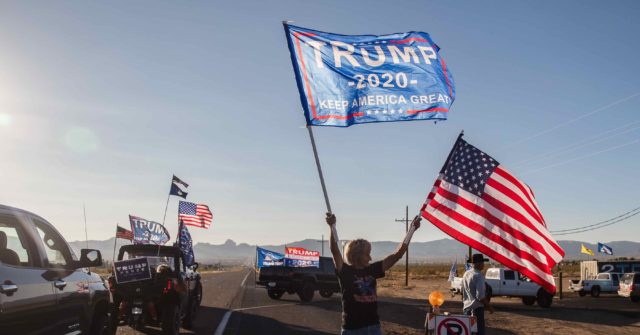 Byron York of the Washington Examiner has published an account of a 2,000-car-strong Trump rally in western Pennsylvania — one of dozens of pro-Trump rallies organized independently of the campaign that show the president’s support.

It was the biggest political rally no one saw. And gatherings like it have been happening for months in some of the places President Trump needs most to win if he is to be reelected. And, remarkably, the rallies are not the work of the Trump campaign. The road rally in Washington, Pennsylvania, was organized and staged by local Trump supporters, linked together largely by Facebook, who want to show that enthusiasm for the president in western Pennsylvania and surrounding areas is not just strong but stronger than it was when Trump eked out a victory in Pennsylvania in 2016. If Trump wins this critical state, it will owe in significant part to this organic movement and the energetic organizers who have nothing to do with his campaign.

They feel so strongly about Trump because they know he has supported their industry while Obama and his vice president, Joe Biden, wanted to cripple and ultimately eliminate it. They know Trump has not miraculously saved the energy industry in Pennsylvania. They didn’t expect that he would. Their calculus was much more basic: In 2016, they voted for the candidate who would stop trying to kill the industry that supports 322,000 jobs in Pennsylvania, according to an energy industry estimate.

Now, they know a President Joe Biden would resume the green crusade to destroy the oil and gas business. On Saturday, they were all very aware that just a few days before, in the last presidential debate, Biden had vowed to “transition” the United States away from oil and gas.

York notes that while Trump supporters share accounts of caravans and boat parades on social media, they are often ignored by local news and national media.