Cat got your house flooded?

A Bengal cat’s curiosity ended up potentially costing its owners thousands of dollars in flood damage after it plugged up the bathroom sink’s drain hole and turned on the tap. 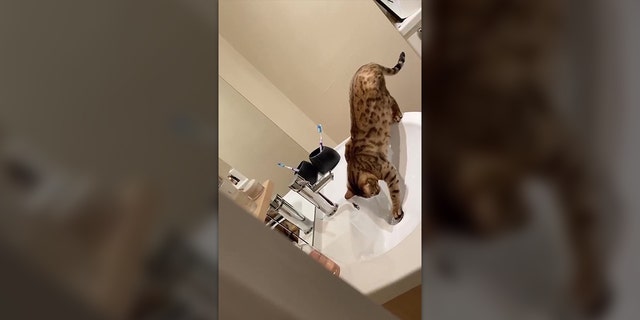 Amber, a 1-year-old Bengal cat, ended up causing some serious damage to its owners’ home after learning how to turn on the sink and plug the drain hole. (Kennedy News)

The cat, Amber, had learned how to turn the sink on the week prior, it’s owner Jasmin Stork, 26, told Kennedy News and Media outlet.

Though initially charmed by the 1-year-old feline’s trick, Stork was hardly laughing when she returned home for lunch to find water flooding from the second-floor, and through the ceiling, into the living room downstairs.

“The week before this happened, I came home from work to the upstairs tap running but luckily this time the plug wasn’t in,” Stork told Kennedy News. “I was so confused as to why it was on. Then the next day, I was in the bathroom and Amber came in and jumped up on the sink and started chewing the tap.” 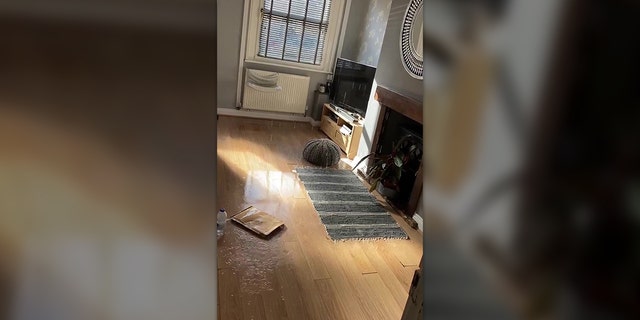 Owner Jasmin Stork came home to find water pouring down from the ceiling after having only been gone 30 minutes. (Kennedy News)

In the 30 minutes Stork reported being gone, the cat managed to flood the top floor, which Stork says will now have to be replaced.

“The ceiling hasn’t fallen through, which is a blessing. We live in an old cottage-style house so the water was dripping through the wooden boards. It will be a case of replacing the flooring that we have had to rip up,” she said of her home in England.

Now, Stork and her boyfriend are more conscientious about closing the bathroom door when they’re away, to prevent any more damage. 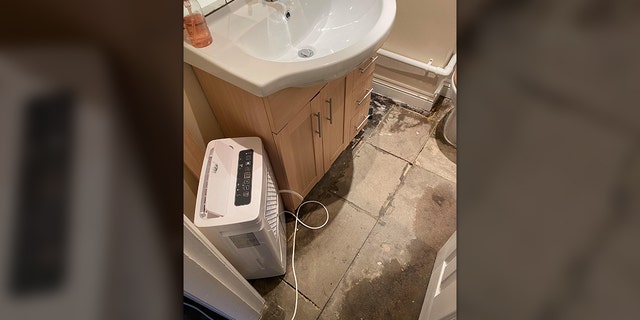 The floors will now have to be replaced after the cat flooded the upstairs bathroom. (Kennedy News)

Stork added that she’s still “drying out some stuff” and surveying how much damage was done.