Cher debuted a new rendition of the song “Happiness is Just a Thing Called Joe” with lyrics updated to be about Democratic presidential candidate Joe Biden.

The singing icon is rarely shy about voicing her distaste for President Donald Trump and has been openly campaigning for Biden in the run-up to the 2020 election. The Academy Award and Grammy-winner closed out Sunday’s I Will Vote event by debuting the new song for the virtual audience.

Cher belted out the number, with amended lyrics about Biden becoming the president such as, “Right now our country’s gloomy, fear is in the air / But when Joe’s president, hope is everywhere.”

CHER BASHES TRUMP OVER CORONAVIRUS PLAN: ‘I’M BEYOND HIS SELL BY DATE’

The original lyrics read: “Sometimes the cabin’s gloomy and the table’s bare / But when he kisses me it’s Christmas everywhere.”

According to Billboard, “Happiness” was released as the star’s latest single on Monday. The track, originally composed by Harold Arlen, had the same title but was conceived for the 1943 musical “Cabin in the Sky.” Based on a play by the same name, the film featured an all-Black cast and focused on a man who is given six months to redeem his soul so that he’s worthy of going to heaven.

Cher endorsed Biden in February and has been working directly with his campaign ever since. Last week, an email obtained by Fox News revealed that the 74-year-old would be traveling to Arizona and Nevada, key states in the upcoming election, to campaign on behalf of Biden and his running mate, Sen. Kamala Harris. 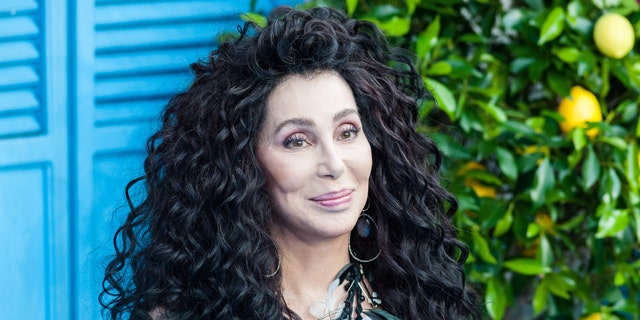 As for Trump, Cher typically takes to her Twitter to offer rebukes on things like the administration’s handling of the coronavirus pandemic, the U.S. Postal Service and to make claims that the incumbent candidate plans to steal the election by way of the Supreme Court.