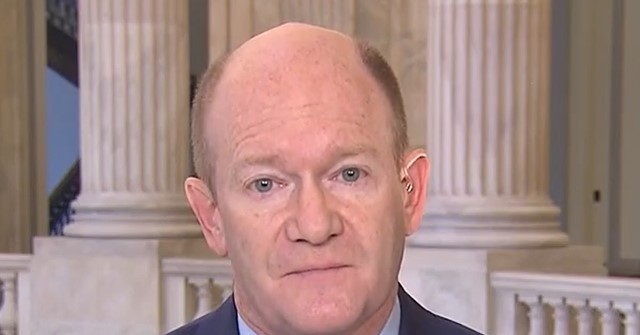 On Monday’s broadcast of MSNBC’s “Rachel Maddow Show,” Senate Judiciary Committee member Sen. Chris Coons (D-DE) said that there should be a “wide-open conversation” on rebalancing the courts, including the circuit and district courts, where there are “hundreds” of judges who shouldn’t “be allowed to sit peaceably without our re-examining the process, the results, and the consequences.”

Coons said, “[W]e’ve got to have a wide-open conversation about how do we rebalance our courts. Yes, the two Supreme Court [seats] that have been stolen through these processes that are just wildly hypocritical have been used to jam through partisan nominees. But we’ve got to look at our federal courts as a whole, Rachel. Because we’ve seen hundreds of conservative judges put on circuit courts and district courts all over this country in the last four years, in many cases, too young, too unqualified, and too far right to be allowed to sit peaceably without our re-examining the process, the results, and the consequences.”