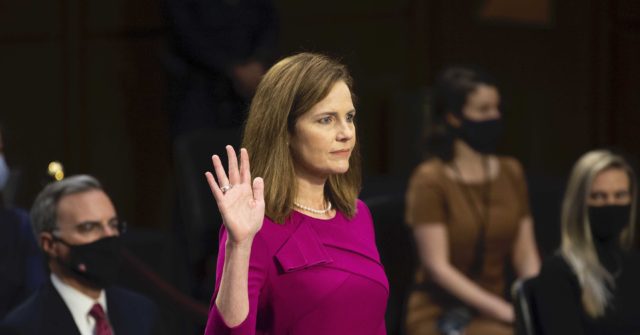 In the long term, she could have a profound influence on American jurisprudence, reinforcing originalism and textualism, and perhaps revisiting controversial precedents such as Roe v. Wade. First, Justice Barrett will face these important cases:

Elections: Already, the Supreme Court has begun to consider cases involving the 2020 elections. Moments before Barrett was confirmed by the Senate, it sided with Republicans in blocking a lower court’s decision to extend the deadline for the receipt of absentee ballots in the state by six days beyond Election Day. At least one decision deadlocked 4-4; no longer.

Obamacare: On November 10, the Supreme Court will hear Texas v. California. The case will consider several different issues, including whether the individual mandate of Obamacare is unconstitutional once its value has been set to zero by Congress, and whether the entire law must be overturned as a result (whether the mandate is “severable”). It is unlikely, contrary to Democrats’ claims, that the Affordable Care Act will be overturned, but theoretically the Court could do so.

Apportionment: On November 30, the Court will hear Trump v. New York, a challenge brought by Democrat-governed states to the Trump administration’s decision to issue a memorandum describing the number of non-citizens living in each state so that the president can limit the apportionment of seats in the House of Representatives to exclude illegal aliens.

Mueller Report: Since Special Counsel Robert Mueller cleared Trump of “Russia collusion,” Democrats have been trying to get their hands on the grand jury evidence. Attorney General William Barr refused, citing the law protecting grand jury materials. In Department of Justice v. House Committee on the Judiciary, to be heard on December 2, the Court will decide.

For more cases on the docket, visit SCOTUSblog.