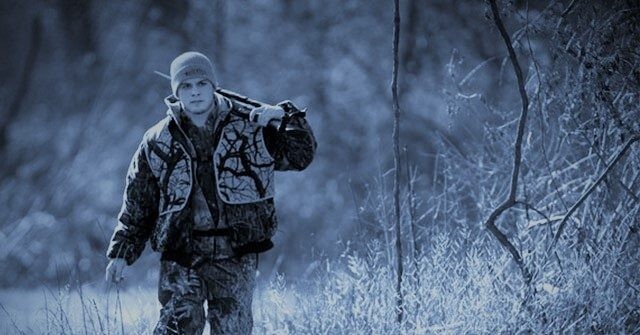 “I think the hunting economy is already suffering in Michigan,” Ed Swadish, owner of Huron Valley Guns of New Hudson in Oakland County, said, adding that hunting among young people is on the decline.

A coalition of organizations called “Hunting Works for Michigan” reported $2.3 billion is spent annually by hunters in Michigan. The group said 529,000 people hunt in Michigan every year, including 28,000 from out of state.

“If you add costs to hunting you’re just going to whittle that down even more,” Swadish said.

Breitbart News previously reported that Biden’s proposed gun policy includes a plan to register so-called “assault weapons” like AR-15s under the National Firearms Act of 1934 (NFA), which means hunters could be required to register their AR-15s with federal authorities, submit their fingerprints and photographs, potentially submit to an FBI background check, and pay a $200 federal tax on AR-15s they already own, if these owners decide not to participate in any proposed federal buy back program.

Moreover, Biden’s proposal could also apply the same $200 tax and NFA registration requirements to every so-called “high-capacity” magazine a gun owner possesses, if the owner decides not to participate in any proposed buy back program.

The $200 tax on AR-15 rifles alone would impose a collective $3.6 billion in new taxes on the estimated 18 million privately owned AR-15 rifles in the United States.

Biden’s proposed policy does not define how many rounds a “high-capacity” magazine contains, but past gun control legislation like the 1994 Federal Assault Weapons Ban defined it as a capacity of over 10 rounds. Biden himself has criticized the existence of “magazines that can hold multiple bullets in them.”

“The interest in hunting has gone down,” Lisa Mayo, owner of Flashpoint Firearms in Comstock Park, Michigan told Breitbart News.

She predicted Biden’s possible taxes “would make it go down even further.”

Swadish thought the taxes would create a “gray market,” where owners would sell guns among themselves, and avoid retailers, who would likely be responsible for collecting such taxes.

An accelerated decline would also impact wildlife management and conservation.

According to Hunting Works for Michigan, hunters pay $289 million in state and local taxes annually, and the pastime supports over 34,400 jobs in the state.