President Donald Trump and first lady Melania Trump welcomed costumed kids to the White House on Sunday for the annual Halloween celebration on the South Lawn with a few traditions tweaked as part of new coronavirus precautions. 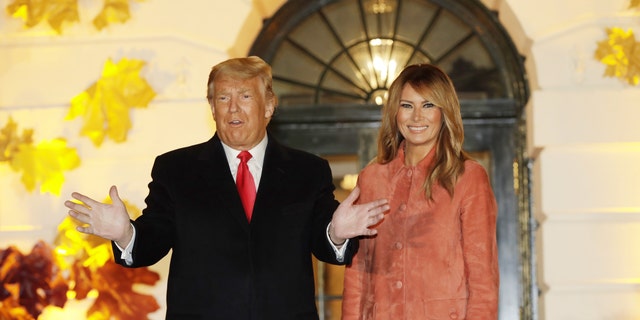 President Donald Trump and first lady Melania Trump react to children dressed up in costumes during a Halloween event at the White House in Washington, D.C. on Oct. 25. (Yuri Gripas/Bloomberg via Getty Images)

From a distance, the Trumps greeted hundreds of unicorns, skeletons and even a pint-sized version of themselves during the bash, which ran from 3:30 p.m. to 7:30 p.m. yesterday, the Associated Press reports. 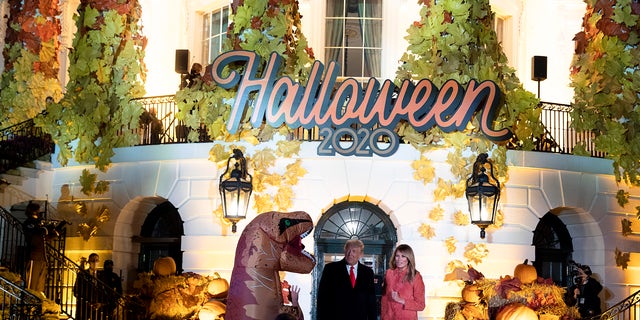 To ensure the health and safety of guests and staff during the Halloween festivities, extra measures such as facemasks, social distancing and hand sanitizer were put into place. (Tasos Katopodis/Getty Images) 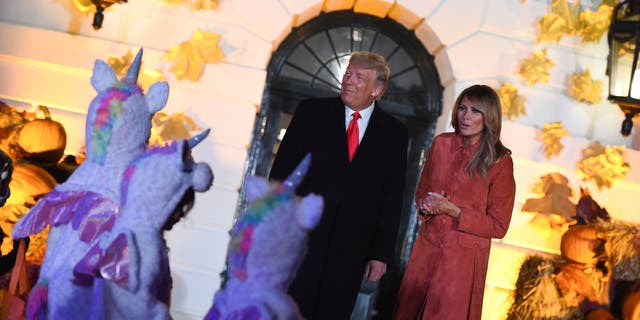 In years past, the president and first lady would personally dole out the candy. (Olivier Douliery/AFP via Getty Images)

In the fight against COVID-19, the trick-or-treaters — children from military families, frontline workers and others — received sweets separately while walking along a path on the South Lawn, with hand sanitizer available along the route.

In years past, the president and first lady would personally dole out the candy (with Trump even placing it atop a costumed child’s head last year). 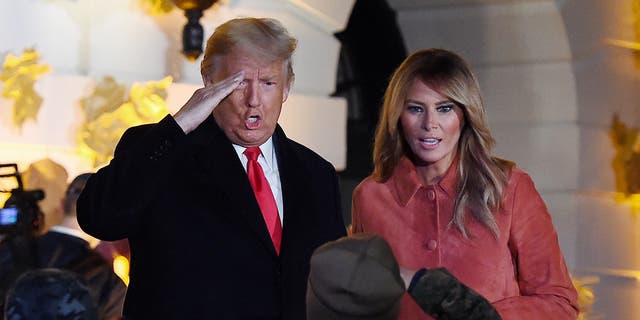 The Trumps – who recently recovered from the coronavirus themselves – waved and complimented the costumes from a distance. The president is said to have been “particularly pleased” with two youngsters dressed as the first couple, who happily hammed it up for the cameras when directed. 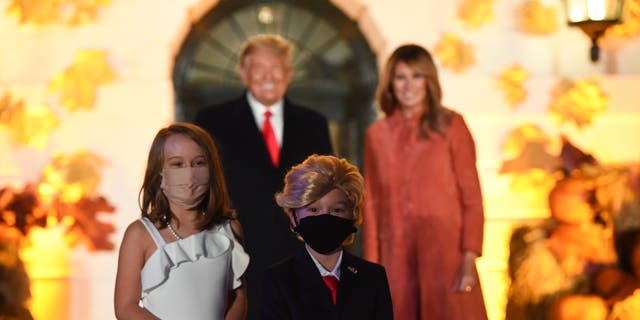 The president is said to have been “particularly pleased” with two youngsters dressed as the first couple, pictured. (Olivier Douliery/AFP via Getty Images)

Extra precautions at the spooky soiree included social distancing measures, mandatory face coverings for guests above age 2 (as well as all White House personnel working the event), plus gloves for any staffers distributing candy. 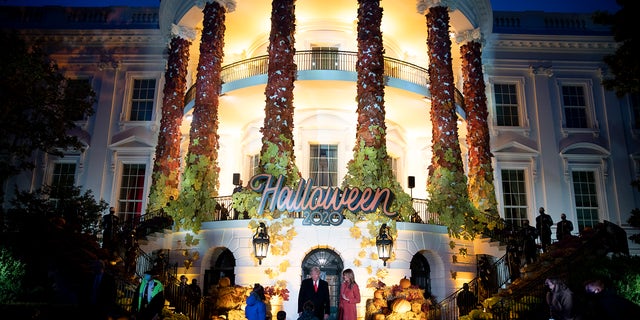