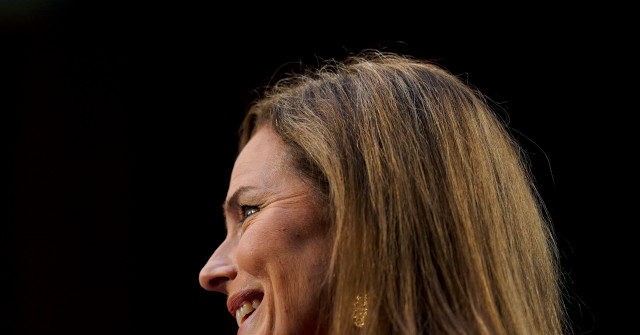 The Senate will vote on Monday night to confirm Judge Amy Coney Barrett to the Supreme Court.

The confirmation arises as Senate Democrats took to the Senate floor on Sunday to protest Barrett’s confirmation.

“Senate Democrats are taking over the floor all night to fight this sham process by Senate Republicans. We will not stop fighting,” Senate Minority Leader Chuck Schumer (D-NY) claimed.

Sen. Lisa Murkowski (R-AK) announced that she would vote to confirm Barrett for the Supreme Court over the weekend.

The White House reportedly is planning for a swearing-in ceremony Monday night after the confirmation vote.