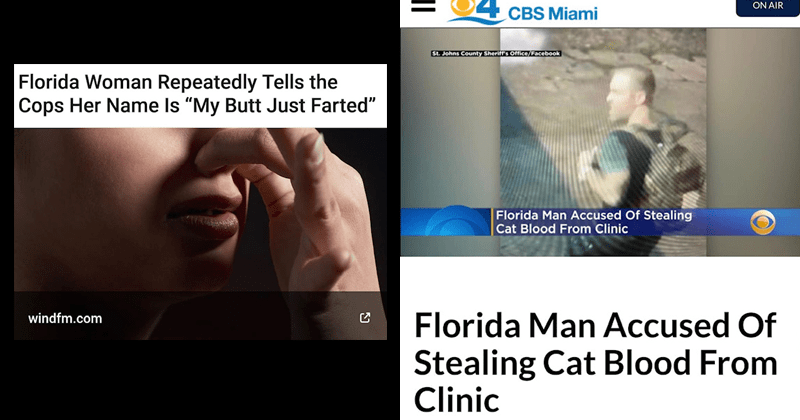 Though it’s been a while since we last covered the antics of “Florida Man,” the meme is still very much alive. Just take it from President Barack Obama, who namechecked the meme during his speech at FIU this past Saturday. After criticizing the current president’s penchant for insulting his opponents and suggesting people inject bleach, Obama proceeded to roast Donald Trump:

While some may find the joke to be a tasteless mockery of Floridians, most of us know that the meme is in good fun. Who doesn’t enjoy reading about ludicrous, imaginative crimes that almost seem fake? Sensitive dullards, that’s who. For everyone else, we’ve put together a solid roundup  of fresh Floridian insanity, with the help of @daily.florida.man.If you’re looking for more, we suggest following the account. We’re willing to bet Florida Man won’t be calming down anytime soon.