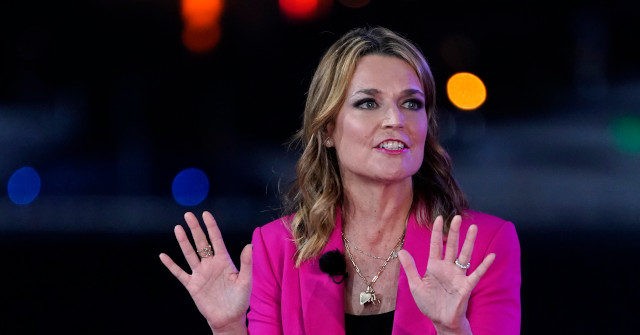 For one thing, she was the first moderator of this election cycle to ask a single question about illegal immigration — perhaps the biggest issue that got President Trump elected in 2016. Though of vital concern to voters, immigration is one of those issues that Washington politicians in both parties, along with the vast majority of the mainstream media, pretend does not exist.

Ms. Welker even asked a passing question of Mr. Biden about his son’s highly shady dealings with China and Ukraine in which the younger Mr. Biden has acknowledged exploiting his father’s political position in the White House.

But if Ms. Welker had opined about such matters on Twitter or on her private Facebook page, she would have been censored, silenced and shut down. The nation’s oldest newspaper, The New York Post, remains shut down by Twitter over its insistence on reporting and publishing stories about Hunter Biden’s shady business dealings.

So it was fairly remarkable for a card-carrying Washington “journalist” of good standing in the swamp to exhibit even the slightest degree of curiosity about the sordid situation.

Ms. Welker isn’t the only Washington “journalist” lately to wander into the wilds of dangerous and inappropriate questions of presidential candidates.

Just the week before, another NBC “journalist” — morning personality Savannah Guthrie — asked Mr. Trump during a televised town hall about “a satanic pedophile ring” that she insisted did not exist. It is a “conspiracy theory,” she said, that people on the Internet believe about a shadowy cabal of powerful people who are extremely influential at the highest levels of government in Washington.

Despite the murky origins of the story, Ms. Guthrie asked the president about it on live national television.

Unlike illegal immigration, this baffling theory seizes the imagination of Washington “journalists,” especially when Mr. Trump “retweets” Twitter messages posted by people who subscribe to the “conspiracy theory” known as “QAnon.”

“Let me ask you about QAnon,” Ms. Guthrie said to Mr. Trump. “It is this theory that Democrats are a satanic pedophile ring and that you are a savior of that.”

“Now, can you just once and for all state that that is completely not true and disavow QAnon in its entirety?” she asked the president.

“I know nothing about QAnon,” he answered.

“I just told you,” she replied.

“You told me, but just telling me doesn’t necessarily make it fact, I hate to say it.” He tried to let her down easy.

“I do know they are very much against pedophilia. They fight it very hard,” Mr. Trump explained.

“They believe it is a satanic cult run by the Deep State,” Mrs. Guthrie explained further.

Mr. Trump insisted that he did not know what she was talking about and changed the subject to the Antifa wing of the Democratic Party that has been rioting and burning cities in America of late. Unlike “QAnon,” the whole “Antifa” thing isn’t just some conspiracy theory that exists in the dark corners of the Internet.

But Ms. Guthrie was not interested in talking about real-life events.

It is unclear what upsets “journalists” like Savannah Guthrie more: That there is a theory that Washington Democrats are a cabal of powerful pedophiles flying around on big private jets to their private island hideaways? Or that, according to this Internet theory, Mr. Trump is the savior who has been elected to slay the “Deep State” dragon?

• Charles Hurt is opinion editor of The Washington Times. He can be reached at churt@washingtontimes.com or @charleshurt on Twitter.