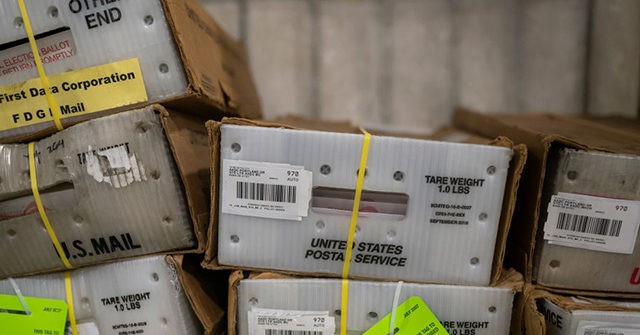 “DeShawn Bojgere, 30, of, Louisville, Kentucky, has been charged with the delay or destruction of mail, a federal crime under 18 United States Code 1703,” the U.S. Attorney’s Office in the Western District of Kentucky said in a press release Monday.

The release detailed the alleged crime:

According to the criminal complaint, sometime between October 5 and October 15, 2020, Bojgere discarded a large quantity of mail. The mail, found in a construction dumpster on Galene Drive in Louisville, included approximately 111 general election absentee ballots from the Jefferson County Clerk’s Office being mailed to voters to be filled out.

The dumped mail also included approximately 69 mixed class pieces of flat rate mail, 320 second class pieces of mail, and two national election campaign flyers from a political party in Florida. An analysis of the mail revealed it was from a single route for one scheduled delivery day.

Bojgere admitted that he discarded the mail in the dumpster, the attorney’s office said.

“Bojgere does not appear to have a criminal record in Kentucky, according to a search on the court’s web system, and a possible motive was not listed in the release,” the Louisville Courier-Journal reported.

Authorities retained copies of the mail as evidence and it was later put back in the mail stream for delivery to recipients, the release said.

“Especially in these times, Americans depend on the reliability and integrity of those that deliver the U.S. Mail,” United States Attorney Russell Coleman stated, adding, “Conduct by Postal employees that violates that duty will result in swift federal prosecution.”

If convicted, Bojgere faces no more than five years behind bars, a $250,000 fine, and a year of supervised release.

In Wisconsin last month, three trays of mail that included several mailed-in ballots were discovered in a ditch, according to Breitbart News.

“The mail was found ‘near the intersection of highways 96 and CB, near the Appleton International Airport’ and was turned over to the postal service,” the report said.