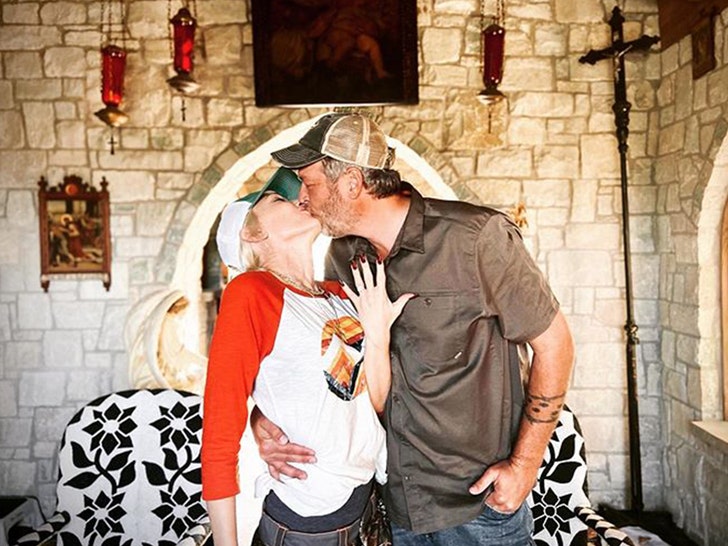 Gwen announced Tuesday she and the country star are engaged after nearly 5 years of dating. She shared a picture on her Instagram locking lips with Blake while holding up her hand and the ring on her finger.

Blake shared the same picture and captioned it, “Hey @gwenstefani thanks for saving my 2020… And the rest of my life.. I love you. I heard a YES!”

The “No Doubt” singer was also the one who announced their relationship back in November 2015 while they celebrated the CMAs in Nashville. They had co-starred as judges on “The Voice.” Gwen, of course, filed for divorce from Gavin Rossdale in 2015 and finalized their divorce later that year. Shelton announced his split from Miranda Lambert in July 2015 and they too finalized their divorce that same year.

This will be Blake’s third marriage — he was also married to longtime GF Kaynette Gern for 3 years before their 2006 divorce — and Gwen’s second marriage. Congrats!!!