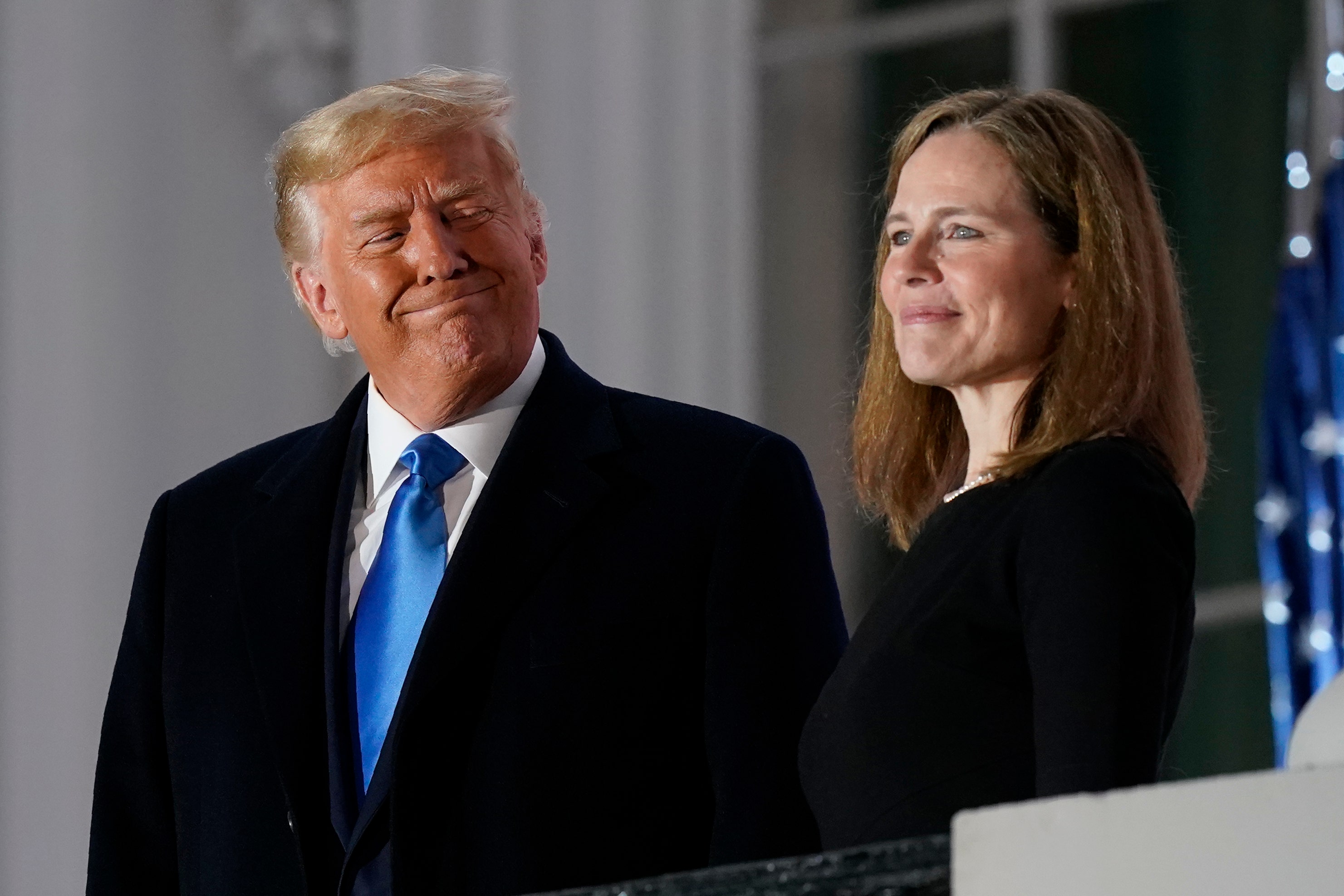 WASHINGTON (AP) – Amy Coney Barrett’s first votes on the Supreme Court could include two big topics affecting the man who appointed her.

The court is weighing a plea from President Donald Trump to prevent the Manhattan district attorney from acquiring his tax returns. It is also considering appeals from the Trump campaign and Republicans to shorten the deadline for receiving and counting absentee ballots in the battleground states of North Carolina and Pennsylvania.

It’s not certain Barrett will take part in any of these issues, but she will make that call.

Barrett was confirmed Monday by the Senate in a 52-48 virtual party-line vote. She is expected to begin work as a justice on Tuesday after taking the second of two oaths required of judges by federal law. No justice has assumed office so close to a presidential election or immediately confronted issues so directly tied to the incumbent president’s political and personal fortunes.

At 48, she’s the youngest justice since Clarence Thomas joined the court in 1991 at age 43.

Other election-related issues are pending at the high court, which next week also will hear a clash of LGBTQ rights and religious freedoms. The fate of the Affordable Care Act is on the agenda on Nov. 10, and Trump himself last week reiterated his opposition to the Obama-era law. “I hope they end it,” he said in an interview with CBS News’ “60 Minutes.”

On Friday, Barrett, the most open opponent of abortion rights to join the court in decades, also could be called upon to weigh in on Mississippi’s 15-week abortion ban. The state is appealing lower court rulings invalidating the ban. Abortion opponents in Pittsburgh also are challenging a so-called bubble zone that prevents protesters from getting too close to abortion clinics.

The court put off acting on both cases before Barrett joined the court, without offering any explanation in the Mississippi case. It ordered Pittsburgh to file a response to the appeal filed by the protesters, who call themselves sidewalk counselors.

It’s not clear that the public will know how Barrett voted in the two abortion cases because the court typically doesn’t make the vote counts public when it is considering whether to grant full review to cases.

Barrett declined to commit to Democratic demands that she step aside from any cases on controversial topics, including a potential post-election dispute over the presidential results.

Barrett is joining the court at an unusual moment. The justices are meeting remotely by telephone because of the coronavirus pandemic, both for their private conferences and public argument sessions, at least through the end of 2020. The public can listen to the arguments as they take place, a change also resulting from the court’s response to the pandemic.

After her first private conference with her new colleagues on Friday, two weeks of arguments begin on Monday. In an institution that pays strict attention to seniority, Barrett will go last in the private and public sessions.

As she settles into her new office at the court, Barrett will be joined by four law clerks, usually recent law school graduates who have experience working for federal judges.

When the court reopens to the public and the justices return to the courtroom, Barrett is expected to assume several duties reserved for the court’s junior justice. She will be a member of the committee that oversees the court’s public cafeteria, and the person who takes notes and answers the door when someone knocks during the justices’ private conferences.