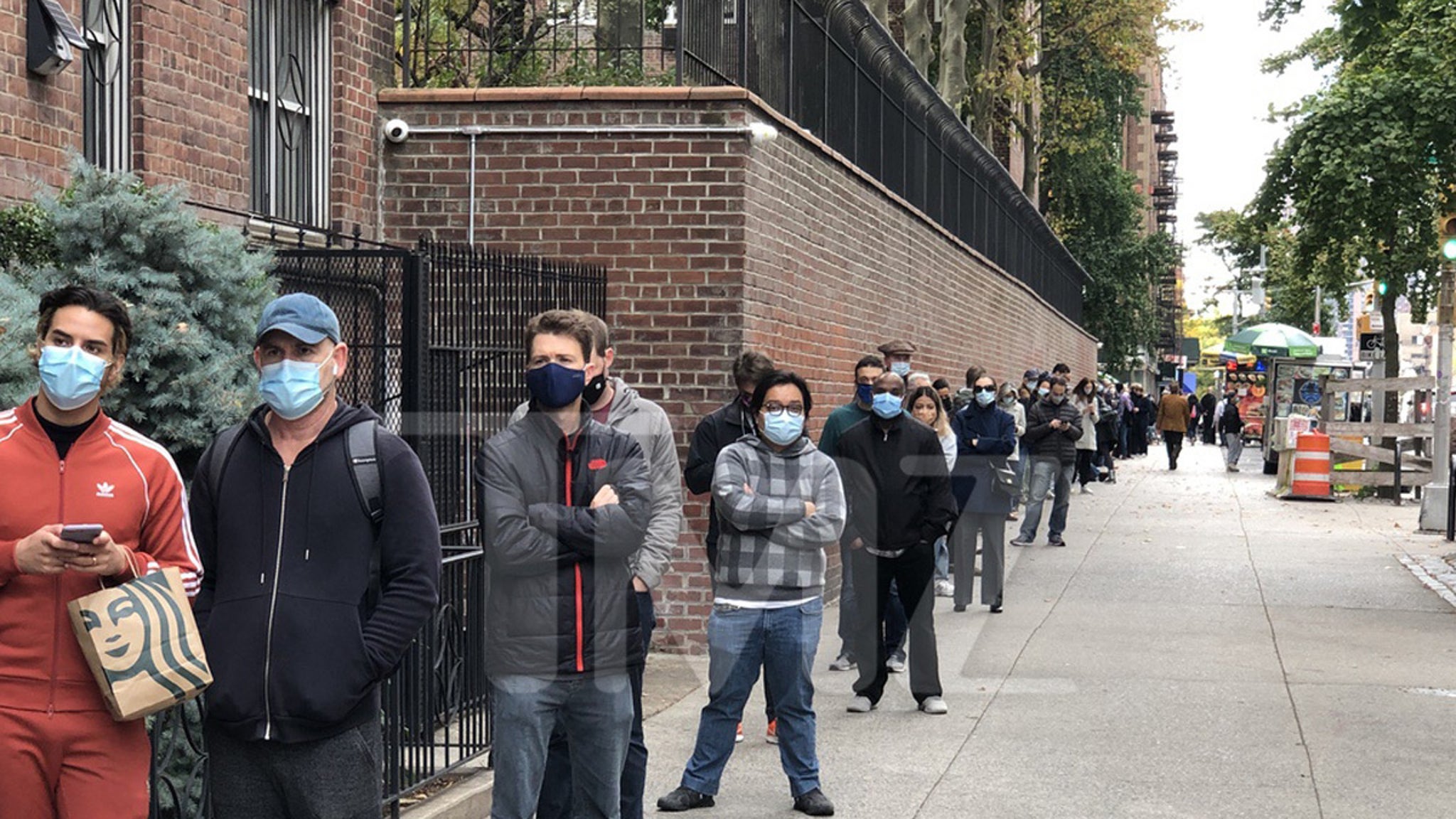 Early, in-person voting kicked off in NYC this weekend, and a few days later — and exactly one week out from Election Day — there are no signs of those lines fizzling out.

Check out the scores upon scores of people in the Big Apple Tuesday, all of whom are waiting up to about 3 hours just to cast their ballot in the flesh. These shots show a Iine stretching 5 city blocks — 58th to 63rd Streets — near Columbus Circle in Manhattan.

NYC voters seem dead set on the age-old tradition of voting in person … even though mail-in voting is right there for the doing.

Of course, President Trump has sown a lot of doubt and apprehension about mail-in ballots — not to mention widespread accusations of shenanigans at the U.S. Postal Service. So, people might have reason to be concerned.

Remember, we saw people wrapped around blocks as well on Saturday … the first day of early voting in the city. Early voting is also underway in all 50 states now — and this year might prove to be one the biggest turnouts yet.