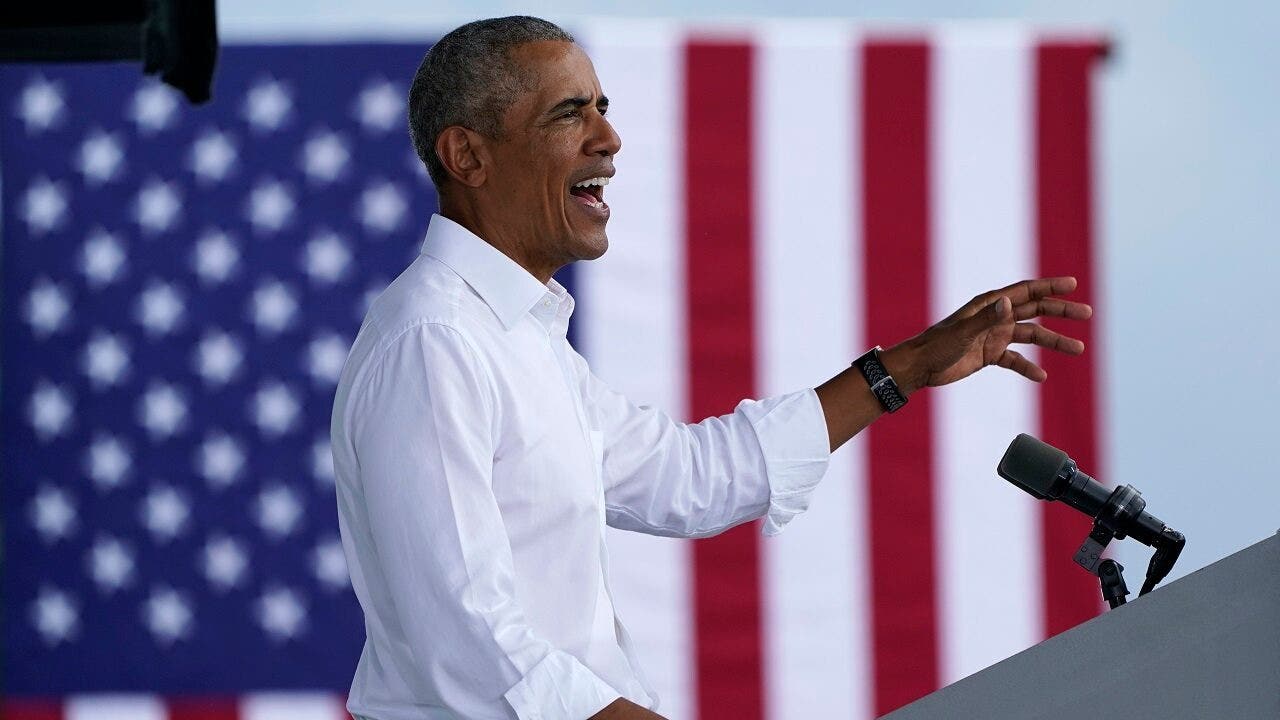 Former President Obama repeatedly took aim at his successor in the White House as he campaigned Tuesday for Democratic presidential nominee Joe Biden in the crucial battleground state of Florida.

Slamming President Trump’s efforts to combat the coronavirus pandemic, Obama argued, “We cannot afford four more years of this. That’s why we’ve got to send Joe Biden to the White House. Because we cannot afford this kind of incompetence and disinterest.”

Obama, who headlined a socially distanced drive-in car rally outside Camping World Stadium in Orlando, Fla., praised Biden – who served eight years as vice president under Obama. And he urged the crowd – which arrived in what organizers said was nearly 300 cars – to vote early. “Don’t take any chances, just get it done,” the former president implored.

Noting the physical and economic devastation from the coronavirus pandemic, Obama said, “More than 225,000 people in this country are dead. More than 100,000 small businesses have closed. Half a million jobs are gone in Florida.”

And pointing to the president, he said “what’s his closing argument – that people are too focused on COVID? He’s said this at one of his rallies. ‘COVID, COVID, COVID,’ he’s complaining. He’s jealous of COVID’s media coverage.”

The former president’s comments came just a couple of hours after Trump tweeted “ALL THE FAKE NEWS MEDIA WANTS TO TALK ABOUT IS COVID, COVID, COVID. ON NOVEMBER 4th, YOU WON’T BE HEARING SO MUCH ABOUT IT ANYMORE. WE ARE ROUNDING THE TURN!!!”

Obama charged that if the president “had been focused on COVID from the beginning, cases wouldn’t be reaching new record highs across the country this week.”

THE PRESIDENTIAL ELECTION WILL COME DOWN TO THESE 9 STATES

The former president also spotlight last month’s outbreak of nearly a dozen cases of COVID-19 – including Trump – at the White House and this week’s news that top aides to Vice President Mike Pence were diagnosed with the coronavirus.

Obama’s speech was carried live by all three of the major national cable news networks. The president said he noticed that the speech was on Fox News and took aim at “Obama’s no crowd, fake speech for Biden, a man he could barely endorse because he couldn’t believe he won.”

The former president’s trip to Florida – which, with 29 electoral votes up for grabs, is the largest of the traditional general election battleground states – was his second for Biden in past three days. Obama campaigned in Miami on Saturday. Last week he headlined a similar rally in Philadelphia, the largest city in Pennsylvania, another crucial swing state.

After addressing the crowd at the rally, Obama made a stop at the Democrats’ coordinated campaign victory center in Orlando to speak to staffers and volunteers.