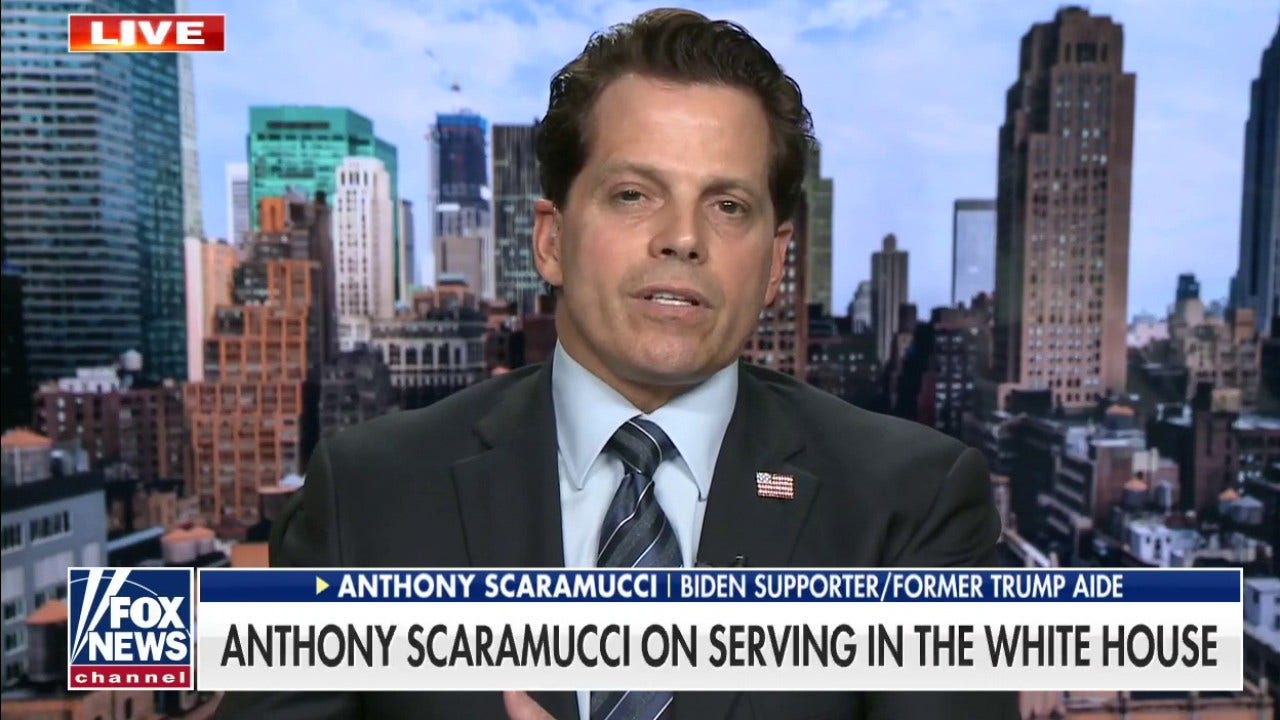 The SkyBridge Capital founder, who spent 10 days in the Trump administration in July 2017, told host Bill Hemmer that his support of Trump began eroding after the president attacked the so-called “Squad” of freshman Democratic lawmakers.

“[Trump used] racist, nativist tropes; telling them to go back to the country they originally came from,” Scaramucci recalled. “That was stuff that was told to my Italian-American grandparents years ago, and I didn’t like it, so he came after me.

In July 2019, Trump tweeted that it is “interesting to see progressive Democrat Congresswomen, who originally came from countries whose governments are a complete and total catastrophe, the worst, most corrupt and inept anywhere in the world (if they even have a functioning government at all), now loudly and viciously telling the people of the United States … how our government is to be run.”

“Why don’t they go back and help fix the totally broken and crime-infested places from which they came. Then come back and show us how,” he continued.

Of the four “Squad” members, Reps. Alexandria Ocasio-Cortez, D-N.Y., Ayanna Pressley, D-Mass., and Rashida Tlaib, D-Mich., were all born in the U.S., while Rep. Ilhan Omar, D-Minn., was born in Mogadishu.

That August, Trump defended his decision to fire Scaramucci, saying he “barely knew him until his 11 days of gross incompetence [as communications director].”

The president also pointed out Scaramucci previously published “Trump, the Blue-Collar President” — in which the hedge funder heaped praise on Trump.

“Now the book is a lie?” Trump asked, according to USA Today.

Scaramucci went on to tell Hemmer that the “very bad” event was that Trump has “more or less destroyed the American economy” and has made America “sicker” through his handling of the coronavirus pandemic.

“We are now poorer as a result of the decision-making,” Scaramucci claimed, “and we are weaker as a nation.”