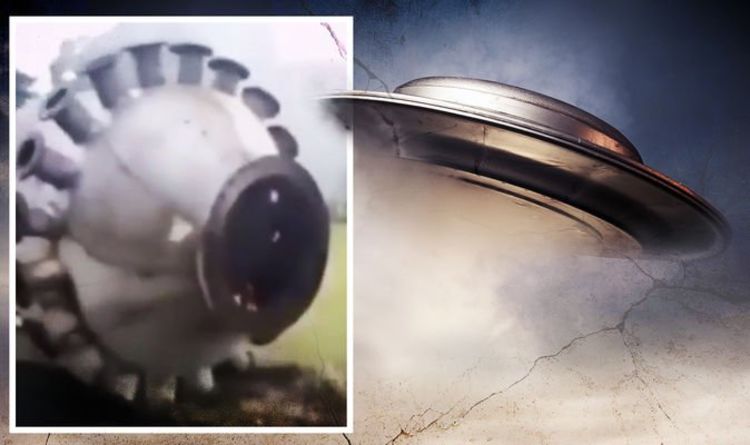 A remarkable clip uploaded to social media this week supposedly shows the still-smoking remains of a crashed UFO. Amateur smartphone footage shot at the scene apparently depicts some sort of engine.

The incident, which reportedly took place in the Caribbean nation of the Dominican Republic on Monday, shows stunned locals excitedly examining the debris.

Self-styled alien expert Scott Waring is among the minority who controversially feels this short video has documented the remains of an alien UFO.

Mr Waring took to his UFO Sightings Daily site to speculate about his so-called alien engine.

He said: “Wow, this thing is huge and is still burning.

READ MORE: ‘UFOs seen near Nellis Air Force Base which is home to aliens’

Instagram users evgeniy.lavrov, said: “I think they made it out of iron.”

Fellow user Jassetts, also appeared unconvinced by the claims, writing: “Looks like an engine part from an airliner.”

And Theancientone added a perceptive question: “They are saying it’s from space and anything is possible.

“My question is, wouldn’t an object of that size create a large crater from impact?”