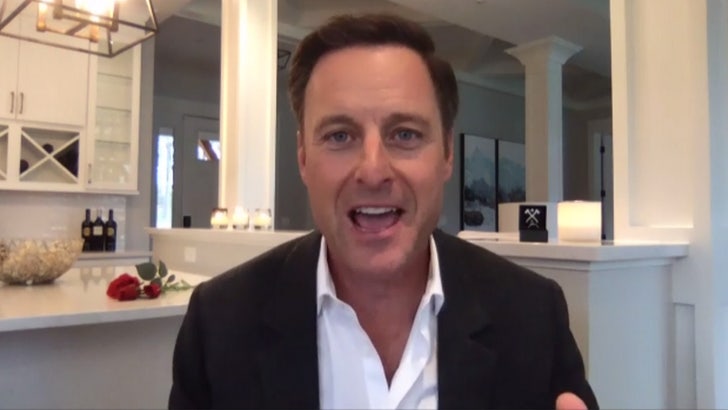 Chris Harrison may have just earned himself a World Series ring from the Dodgers … after coming in clutch for the players and their wives and girlfriends!!!

The ‘Bachelorette’ host joined “TMZ Live” on Wednesday and revealed he sent the team an advance copy of Clare Crawley‘s ‘Bachelorette’ premiere. Why? Well, turns out the premiere was going up against Game 1 of the World Series.

Check out the clip … Chris says the ladies — and some of the players too, we’re sure — didn’t want to miss last week’s premiere, so he took it upon himself to hook up the Boys in Blue. The players, along with their families, were quarantined in a “bubble” in Dallas since the League Championship series and through the World Series.

Sure, Dodgers star shortstop Corey Seager earned NLCS and World Series MVP hardware … but maybe Chris should be right up there with Corey?

Chris also talks about Clare’s awkward one-on-one date with Zach J., and how it’ll all come full circle with next week’s episode. As ‘Bach’ nation knows … Clare felt uncomfortable after Zach grabbed the nape of her neck after a cringe-worthy kiss attempt.

No surprise who she sent home.