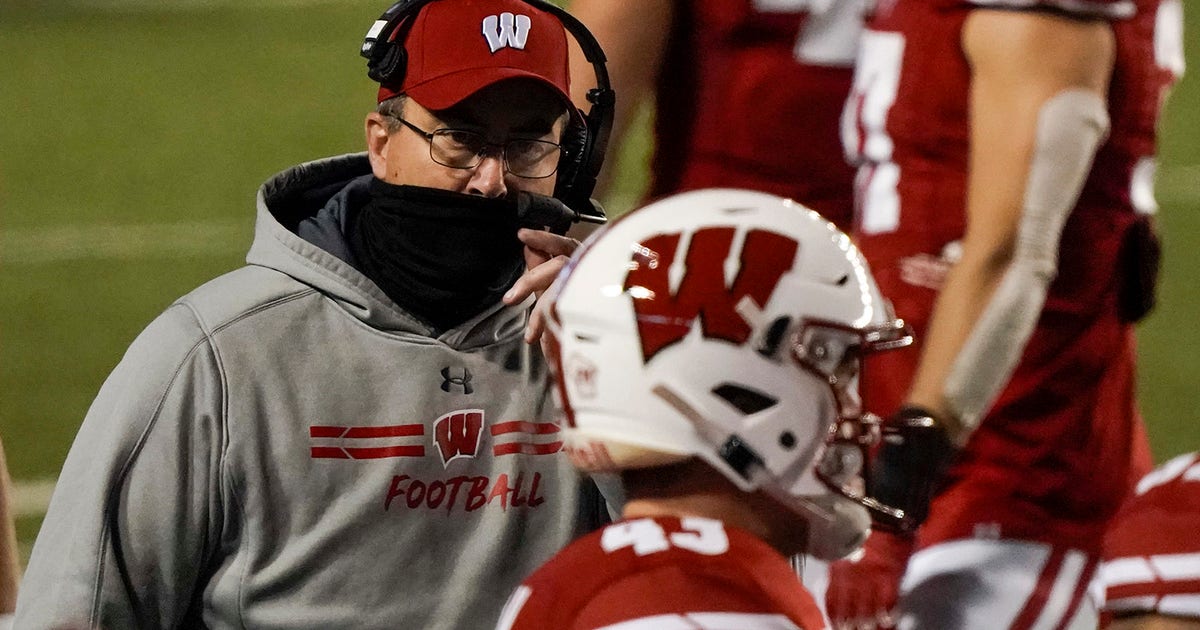 The pandemic hit Big Ten football just two weeks into its season Wednesday as No. 9 Wisconsin canceled its game at Nebraska and paused team activities for at least a week after a dozen people in the program — including coach Paul Chryst — tested positive for COVID-19.

Athletic director Barry Alvarez and Chancellor Rebecca Blank made the decision in consultation with Big Ten officials. Alvarez said the team had only one positive test two days before Friday’s season-opening 45-7 victory over Illinois and 12 positive tests afterward.

“With the number of positives in that short a timeline, the chancellor and I felt we have an issue, that we have to make this decision and get our arms around this and control the COVID and virus now before it got out of hand,” Alvarez said.

Alvarez said Wisconsin had reached the “orange/red” levels in the Big Ten protocols based on its rate of positive tests. The Big Ten says teams in that area must proceed with caution; among the steps is considering the viability of playing.

The game with Nebraska won’t be rescheduled. Neither team will be credited with a win or a loss.

Wisconsin becomes the first Big Ten school to postpone a game since the league started its pandemic-delayed season five days ago. It was the 37th game involving Football Bowl Subdivision teams to be postponed or canceled since Aug. 6.

Rescheduling the Nebraska game would have been problematic because the Big Ten’s nine-game schedule doesn’t give teams any off weeks.

“I thought Bill was very professional and understanding,” Alvarez said. “He felt disappointed for us and I’m sure disappointed that we weren’t going to play a game.”

Wisconsin’s next scheduled game is Nov. 7 at home against Purdue, but that matchup also could be in jeopardy.

“We’ll see where we are as far as testing, and we’ll make that decision as we move closer to the game,” Alvarez said. “The most important thing right now is to quarantine our players, get this under control.”

The Big Ten requires teams to play at least six games to be eligible for the league championship game. If the average number of conference games played by all Big Ten teams is below six, programs must play no less than two fewer league games than that average to be considered.

Alvarez said players currently are quarantining in hotel rooms. Players who test positive must undergo comprehensive cardiac testing and be cleared by a university-designated cardiologist before they can return to action. Chryst must self-isolate for 10 days.

In the meantime, school officials are trying to figure out what they can do better to prevent additional cases. As photos started circulating on social media that showed Chryst’s mask didn’t cover his nose at times during Friday’s game, he noted that he wore both a mask and a face shield in practice Tuesday.

“I don’t profess to be an expert on this, but this is one part of the virus – it gets you in a number of different ways,” Chryst said. “We don’t know, did we have one super spreader? I don’t know. But you’re absolutely always going to look at how can we be better.”

The state of Wisconsin has been hit hard by the virus lately. State health officials reported 5,262 newly confirmed cases on Tuesday, shattering the daily record of 4,591 set on Oct. 20. They also reported the virus was a factor in an additional 64 deaths, also a record.