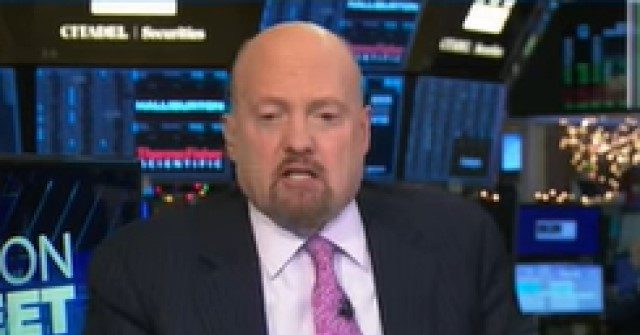 Cramer said it is a “shame” Congress has not reached a deal on additional stimulus because lockdowns could provide a major blow to the market.

“I just think that there’s going to be a call for lockdowns the likes of which we’ve seen in Chicago,” Cramer said. “And I think that the lockdowns without the stimulus equals what we’re seeing. And I think it’s a shame because had there been stimulus, we would then be focusing on earnings, and the earnings are actually pretty darn good, even if it means that some of them are by cutback, but some of them are by good revenue growth.”

“It’s very hard to buy a lot of stocks when you see these numbers. And it’s a shame, too, because I think that with stimulus, we’d be very tempted to own some of these stocks,” he added. “But right now, I think everyone’s just fearful.”

Cramer went on to predict Congress will be forced to act on additional stimulus by Inauguration Day.

“I think that when you see 14 million people laid off in hospitality within the next month, it’s certainly realistic to expect that something gets done,” he advised.