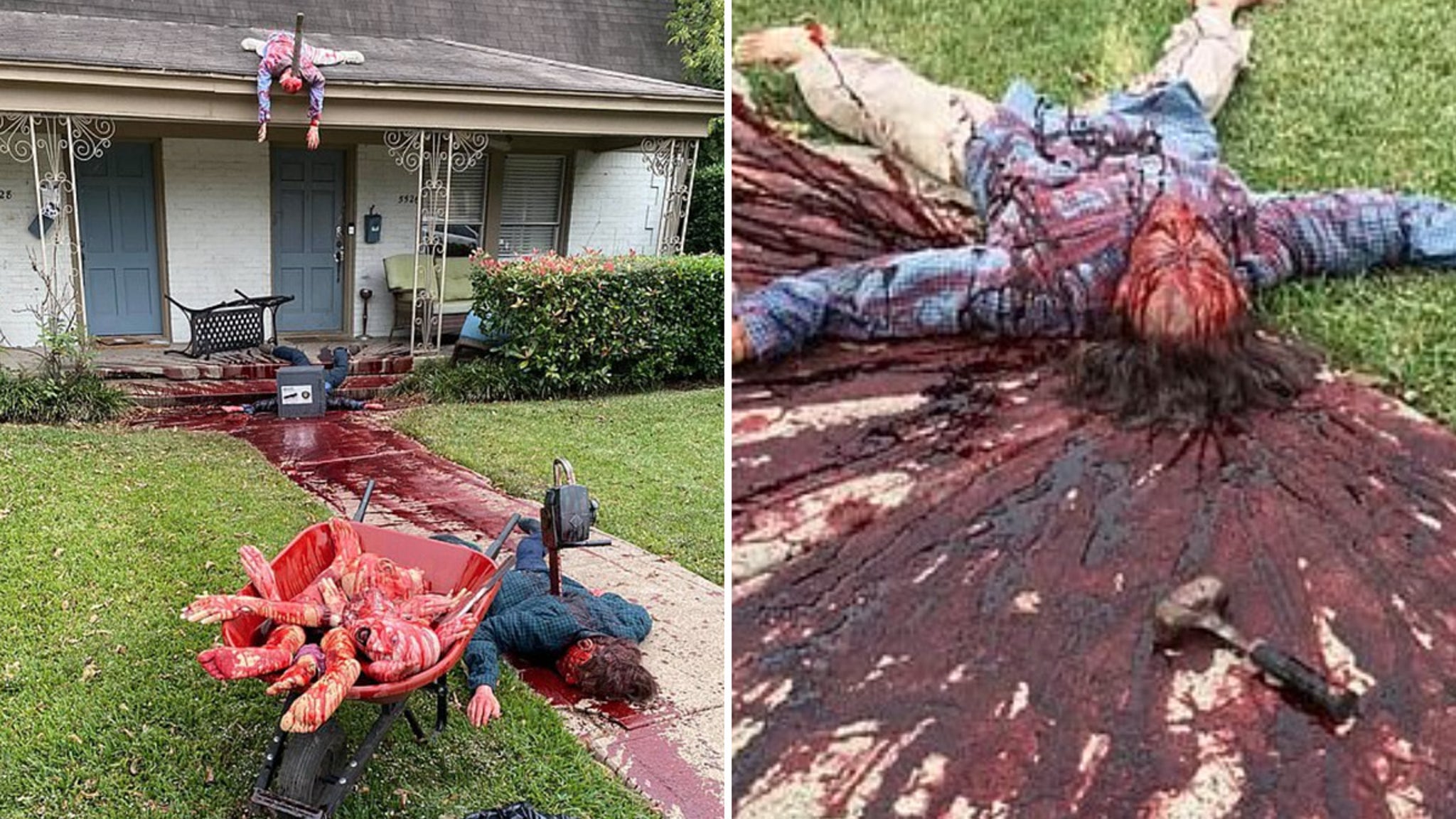 A morbid, bloody and frightful Halloween display at a Texas man’s home is eliciting more than gasps from his neighbors … he’s getting police visits too.

Artist Steven Novak turned the front yard of his Dallas residence into a gory scene straight out of a horror movie — or several of them — using dummies, props, and more than 20 gallons of fake blood.

Check it out — there’s a man killed by a chainsaw, another killed by a safe dropped on his head, one more with a knife to the skull, an apparent dead body in a bag … and a wheelbarrow full of severed limbs!!!

Steve really went all out.

The shocking and way-too-realistic display might take the cake for 2020’s best Halloween decorations, but it’s also prompted several complaints from locals … and cops have been called to the fake massacre location multiple times.

Novak says he’s been home twice when police showed up, and the officers told him they just had to check it out because they received calls … but they thought it was cool.

The artist says the only major issue with the display is rain keeps washing away the fake blood, so he has to add more the mornings after … much to the horror of his neighbors.