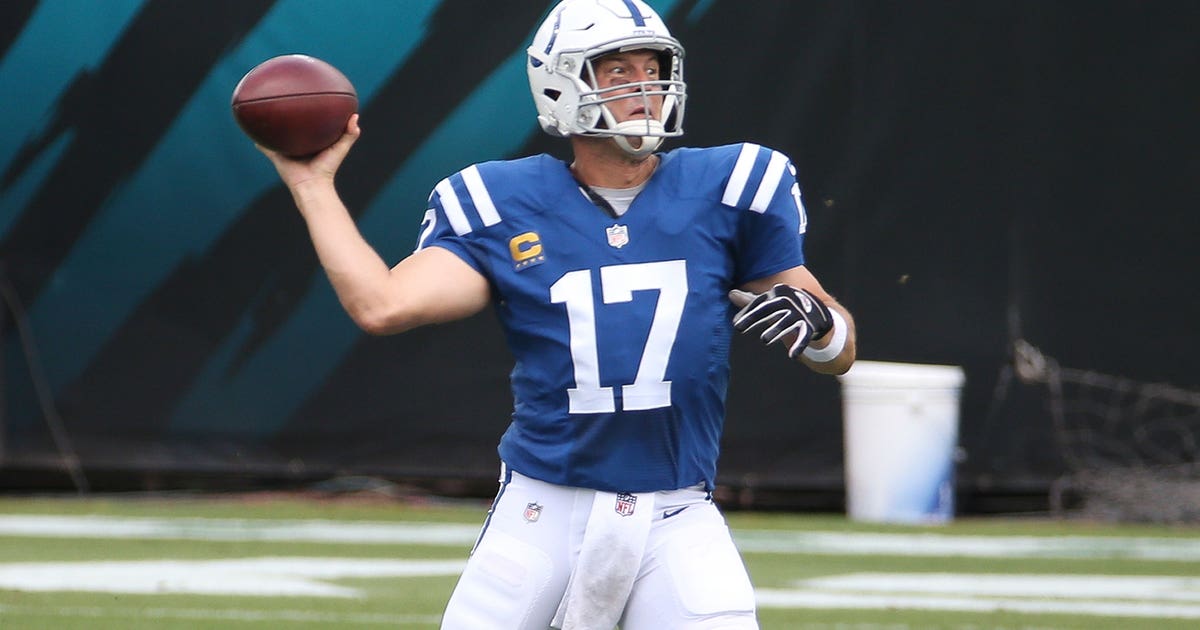 INDIANAPOLIS — Philip Rivers is a fiery competitor on game day — and on the practice field.

Anyone who’s heard ever Rivers’ brash (if profanity-free) trash-talking understands how feisty the 38-year-old quarterback can be and understands it’s a big reason he’s still playing in the NFL.

So after spending the past 16 1/2 seasons reading and dissecting defenses, the Indianapolis Colts’ starting quarterback has learned a few things and is passing on that knowledge to his daily opponent.

“It matters how you affect and put mental and physical pressure on a player,” Colts defensive coordinator Matt Eberflus said. “He is a great resource for us. Philip talks to us as coaches and he talks to the players even more.”

Indy coach Frank Reich worked with Rivers in San Diego from 2013-15 and still remembers Rivers holding intel debriefs with the Chargers defense. And even Reich makes an occasional stop by the defensive meeting rooms to add the perspective of a former NFL quarterback.

“I’ve always enjoyed that aspect,” Rivers said. “The guy I’ve probably had the most conversations with over my career defensively was Eric Weddle. He and I would talk all the time between series and plays and this and that and what he saw. It’s been fun to do that.”

The input from Reich and Rivers has made a notable difference.

Statistically, the Colts have made impressive strides under Eberflus, who inherited a defense ranked No. 30 overall in 2017. The next season, the Colts finished 11th overall and played last year until a spate of late-season injuries depleted the defense. Indy wound up 16th overall.

This year, the Colts (4-2) have taken another significant step.

They had the league’s stingiest defense until a poor game at Cleveland and have since slid to No. 2 overall and are No. 2 against the pass, No. 3 against the run, No. 4 in scoring defense and No. 1 in interceptions (10).

An influx of playmaking defenders has helped.

Ballard also signed free agent cornerback Xavier Rhodes in March and has hit big in all four drafts, finding gems such as linebackers Darius Leonard, the 2018 NFL Defensive Rookie of the Year, and Bobby Okereke outside the first round. This year’s surprise find has been safety Julian Blackmon, a third-round pick who already has two interceptions.

But make no mistake, Rivers’ advice has helped.

Only 17 NFL players have logged 25 tackles, one tackle for loss, one sack, one interception and one pass defensed this season and two — cornerback Kenny Moore III and safety Khari Willis — play for the Colts. Moore went out of his way Monday to credit Rivers’ input for helping him become a better pass rusher.

“There’s certain tendencies he can see from me,” Moore said. “Sometimes I get carried away, I show it too much or maybe I’m too stiff and I’m focused in on a receiver. He can tell that I’m probably coming by just trying too hard to show him that I’m not coming. It’s just things like that we talk about sometimes.”

It’s not just younger players such as Moore, in his fourth season, soaking up Rivers’ knowledge, either.

But now that the old rival is willing to share the secrets of his success, the 31-year-old Houston is listening.

“I like to know what he’s thinking and what he sees from certain situations and to have his thought process,” Houston said. “He’s played for 17 years, so there is so much he’s seen in this game actually being on the field. I think there is a lot you can get from him. Every week I ask him questions, like what he thinks or what he sees in this situation.”