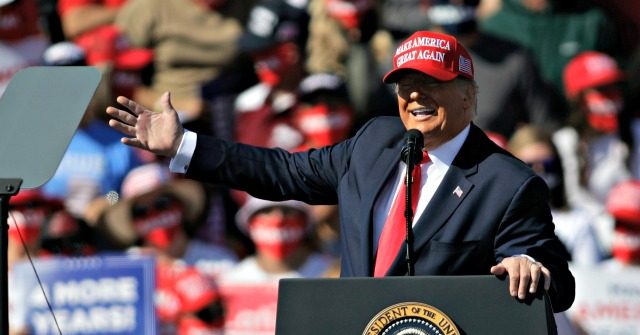 “Turned out to be a low-level staffer, a sleaze bag, who’s never worked in the White House,” Trump said, describing him as a “nobody” and a “disgruntled employee.”

Miles Taylor, chief of staff at the Department of Homeland Security under Kirstjen Nielsen, revealed Wednesday afternoon that he was the anonymous “senior” white house official who authored the critical New York Times op-ed on President Donald Trump in 2018.

“You know where he works now? He works at CNN, can you believe it?” Trump chuckled.

The president joked that after the New York Times published the op-ed, he was concerned that the “anonymous” official could have been a high-level source like his top advisers Hope Hicks or even his son-in-law Jared Kushner or even a Senator like Mike Lee (R-UT) or Rand Paul (R-KY)

Trump also mocked Taylor for taking a job with Google after he left the administration.

“Isn’t that nice?” he asked sarcastically, recalling that the Justice Department was suing Google for antitrust behavior.

“The whole thing was just one more giant hoax from the Washington swamp and a corrupt special interest group,” Trump said.

The president said that Taylor should be prosecuted for working against his administration.

“This guy, in my opinion, should be prosecuted,” he said.

Trump’s crowd of supporters chanted, “Drain the Swamp!” as the president recounted the story.

“The left-wing media and the swamp are doing everything in their power to try to stop us,” Trump said. “And by the way, we’re here and they’re not and their heads are exploding.”