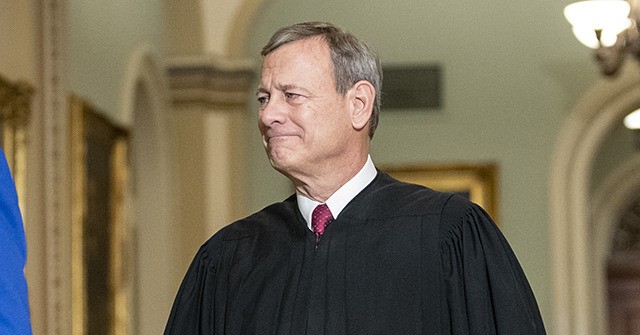 The Supreme Court has voted 5-3 to deny a request by Republicans to overturn a decision by Democratic authorities in North Carolina to allow mail-in ballots to be counted nine days after Election Day and without a witness signature.

Justices Neil Gorsuch, Samuel Alito, and Clarence Thomas dissented, though only Gorsuch and Alito signed the dissent. Newly-sworn-in Justice Amy Coney Barrett did not participate in the decision.

Democrats engineered the changes to mail-in voting through a “consent decree” between Democratic Party-aligned groups on the one hand, and state election authorities on the other. The state elections board is led by a Democrat appointed to the role.

Normally, mail-in ballots are counted in the state if they arrive up to three days after Election Day, and have a witness signature.

Chief Justice John Roberts and Justice Brett Kavanaugh joined the liberal justices, though for reasons that are unclear. One blog speculated that Kavanaugh wished to show deference to the North Carolina State Board of Elections because the state legislature had delegated rule-making power to it.

Gorsuch’s dissent argues that the state legislature had already passed new election laws, and that it had sole constitutional authority to set election rules. “The parties before us all acknowledge that, under the Federal Constitution, only the state “Legislature” and “Congress” may prescribe “[t]he Times, Places and Manner of holding Elections.” Art. I, §4, cl. 1,” he wrote.

Gorsuch, joined by Alito, said that the legislature had not given the board “a blank check … allowing it to rewrite the
election code in any and all consent decrees it may wish to enter.”

Republicans had lost in both the district court and at the Fourth Circuit.