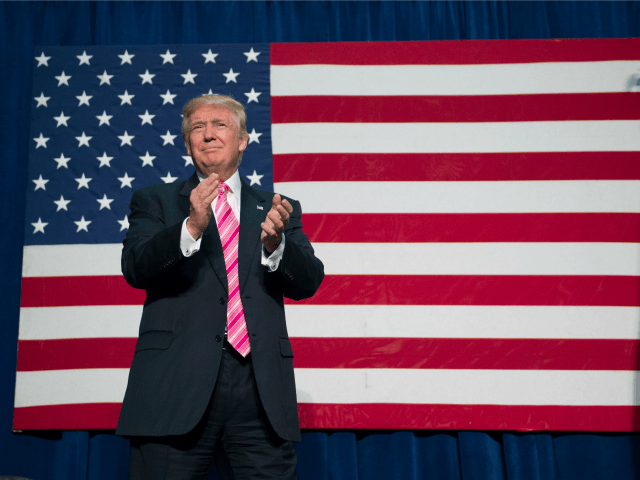 President Donald Trump’s deputies have launched a fundamental reform of the H-1B visa system to protect American graduates from outsourcing — despite furious opposition from donors and leaders from Silicon Valley, Fortune 500 companies, and coastal investors.

The reform will end the annual award of 85,000 H-1B visas by lottery, which has been gamed by companies to import foreign workers at wages far below the salaries needed by American professionals. Instead, the visas will be offered to the companies that compete to offer the highest salaries, preventing employers from undercutting American graduates.

“The Trump administration is continuing to deliver on its promise to protect the American worker while strengthening the economy,” said Acting DHS Deputy Secretary Ken Cuccinelli. “The current use of random selection to allocate H-1B visas … hurts American workers by bringing in relatively lower-paid foreign labor at the expense of the American workforce.”

“We have seen more progress in the last few weeks than we’ve seen in the last 30 years,” said Kevin Lynn, founder of U.S. Tech Workers, which opposes the H-1B and other visa worker programs. He continued:

If you look at it on the whole, Trump is side with working Americans. Look at the beginning of his administration when he canceled the Trans-Pacific Partnership. All the elites wanted that — he said no. He allowed labor into [negotiations about] NAFTA II — the USMCA — and they made a better deal for working man and women. On August 3, for the Tennessee Valley Authority, he used the authority he had to protect those white-collar jobs [from H-1B outsourcing]. So he’s clearly made a choice between the elites and working men and women.

Trump has pushed forward with popular and dramatic reforms of the visa worker programs since June, with additional actions taken in August and early October.

The actions may be helping his poll ratings among vital white-collar graduates in two critical states: North Carolina and Pennsylvania.

On October 13, Monmouth showed Trump was getting 48 percent of white college graduates in North Carolina, up from 42 percent on September 3.

Both states have been hit hard by H-1B outsourcing, giving Trump a chance to champion the very popular economic self-interest of college graduates.

“There are many financial institutions in North Carolina that are abusing cheap labor and H-1Bs,” Jay Palmer, a civil rights activist who works with abused visa workers, told Breitbart News. He continued:

Charlotte, N.C., is the hotbed of visa fraud. They’re laying off American workers left and right because there is so much cheap [foreign] labor in North Carolina … They’re hiring anybody through third-party consulting companies, and they are paying them on 1099s [as gig workers]  to work at the financial institutions. They’re replacing American workers such as risk managers and actuaries — any jobs they can fill with cheap labor. It’s horrible. You don’t even know how bad it is.

Estb. media focuses on blue-collars in swing-state Penn., but Trump set himself up to win many white-collars who fear losing their careers to Fortune 500 outsourcing of jobs to India’s myriad visa workers.
But his estb. advisors may block the play.#H1B https://t.co/414qSMw7N8

But other estimates say 900,000 jobs are allocated to H-1B workers. In addition, at least another 600,000 foreign workers hold white-collar jobs after being imported via other pipelines, dubbed Optional Practical Training (OPT), L-1, J-1, TN, Curricular Practical Training (CPT), and H4EAD.

Some of these million-plus foreign workers stay in the United States until they are trained by Americans and can take the white-collar jobs back to India.

But most of these foreign workers come from low-tier universities and work for many years at low wages in mid-skill jobs in the hope or expectation of getting green cards and citizenship delivered via a current or future employer. For example, at least 300,000 Indian H-1B workers are now working while waiting for employer-sponsored green cards. Many more visa workers work as gig workers for little-known subcontractors in the hopes of getting into the H-1B program so they can get citizenship.

CEOs at Fortune 500 companies quietly outsource many of their full-time jobs to this huge “Green Card Workforce,” so cutting costs and boosting near-term stock values for shareholders and C-Suite executives.

This green card outsourcing prevents many American graduates from getting paid jobs where they can use the degrees they earned with borrowed tuition money. Also, outsourcing pushes many experienced American professionals from mid-career jobs, while millions more face lower salaries and persistent job insecurity.

The large number of foreign workers are used to minimize U.S. professionals’ role and prevent the formation of innovative companies. The foreigners’ limited skills and lack of workplace rights help to reduce productivity, the quality of software, and to slow research.

But this labor policy also delivers workplace stability, cheaper graduates, and higher stock values to the current executives and leading shareholders of the Fortune 500 companies.

A statement from the Department of Homeland Security described the new rule:

WASHINGTON —Today, the Department of Homeland Security (DHS) has announced the transmission to the Federal Register of a notice of proposed rulemaking (NPRM) that would prioritize the selection of H-1B registrations (or petitions, if the registration process is suspended) based on corresponding wage levels in order to better protect the economic interests of U.S. workers, while still allowing U.S. employers to meet their personnel needs and remain globally competitive.

Modifying the H-1B cap selection process by replacing the random selection process with a wage-level-based selection process is a better way to allocate H-1Bs when demand exceeds supply. If finalized as proposed, this new selection process would incentivize employers to offer higher wages or petition for positions requiring higher skills and higher-skilled workers instead of using the program to fill relatively lower-paid vacancies.

This effort would only affect H-1B registrations submitted by prospective petitioners seeking to file H-1B cap-subject petitions. It would be implemented for both the H-1B regular cap and the H-1B advanced degree exemption, but would not change the order of selection between the two as established by the H-1B registration requirement final rule.

In contrast to Trump’s partial populism, Joe Biden’s 2020 campaign theme claims, “We are in a battle for the soul of this nation.”

“When Biden talks about ‘Saving the Soul of America,’ he is whistling through a cemetery,” responded Lynn:

Under globalists like Biden, the neoliberals have destroyed of hundreds of thousands of good middle-class and upper-middle-class jobs. That is what killed the American dream. The American Dream is,  if you want to find it, you go to the cemetery. That’s where you’re gonna find the people have actually lived it. If you’re a millennial, looking to get into the job market, or you’re a boomer getting ready to retire, you’re very insecure right now … I wish Biden would be more concerned about the body.

Biden is backed by companies that have replaced Americans with H-1Bs, he said. “One need only look at the support that he’s been getting from Google, Facebook, and Twitter … it is obvious.”

“This is why it is so critical that if Vice President Biden wins in November, he follows through on his commitment to reforming our failed immigration system,” wrote Todd Schulte, director of the FWD.us advocacy group. The group was created in 2013 by Mark Zuckerberg, Bill Gates, and other coastal investors who were hoping to get the Senate’s “Gang of Eight” amnesty through Congress.

The bill would have dramatically accelerated the inflow of consumers, renters, and workers into the U.S. economy and also allowed an unlimited inflow of foreign postgraduates. “Because the bill would increase the rate of growth of the labor force, average wages would be held down in the first decade after enactment,” said a report by the Congressional Budget Office.

If Biden “follows through on his commitment to reforming our failed immigration system … We can create a streamlined modern visa system so that people who want to come to contribute or unify their families can do so,” Schulte wrote October 28.

Biden’s 2020 platform promises to let companies import more visa workers, let mayors import a new class of visa workers, and allow an unlimited flow of foreign graduates through U.S. universities and into white-collar jobs. The plan says Biden would “exempt from any cap [the] recent graduates of Ph.D. programs in STEM fields.”

In contrast, Trump is likely to reject migrants, narrow asylum claims yet further, and fund the transfer of migrants waiting in Mexico back to Latin American countries. His 2020 plan offers broadly popular — but quite limited — pro-American restrictions on migration and visa workers. For example, in many speeches, Trump generally ignores the economic impact of blue-collar and white-collar migration on Americans while stressing issues of crime, outsiders, diseases, or welfare, even though his low-immigration policies have been a popular boon to Americans.

Open-ended legal migration is praised by business and progressives partly because migrants’ arrival helps transfer wealth from wage-earners to stockholders.

Migration moves money from employees to employers, from families to investors, from young to old, from homebuyers to real estate investors, and from the central states to the coastal states.