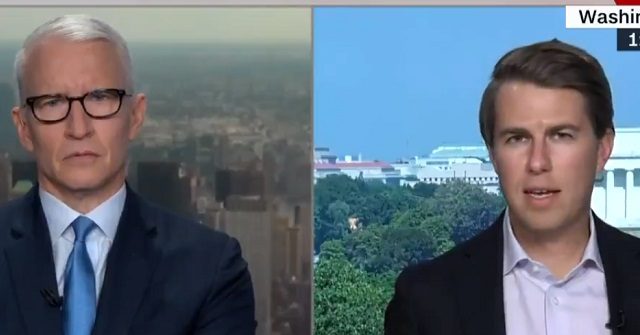 On Wednesday, former Department of Homeland Security official Miles Taylor revealed himself to be “Anonymous,” the author of a New York Times op-ed and a subsequent book critical of President Donald Trump.

However, when asked by CNN’s Anderson Cooper back in August if he was “Anonymous,” Taylor denied it.
Partial transcript as follows:

COOPER: There was an op-ed, a book by someone calling themselves Anonymous. Are you aware of who that is?

COOPER: You are not Anonymous?

TAYLOR: I wear a mask for two things, Anderson, Halloween and pandemics. So, no.