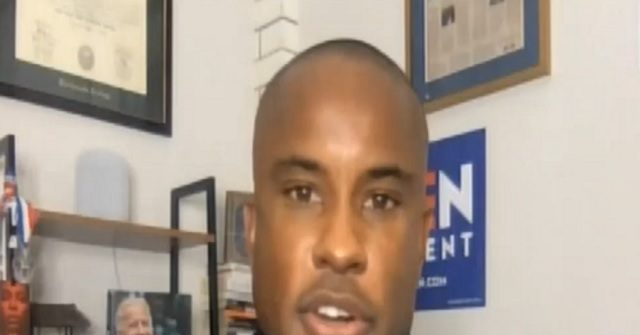 On Thursday’s broadcast of “Cheddar Politics,” Biden Campaign National Press Secretary Jamal Brown stated that he was “not going to accept the premise” of a question on whether the meetings alleged by former Hunter Biden business associate Tony Bobulinski took place and characterized Bobulinski’s charges as a “smear campaign.”

Host J.D. Durkin asked Brown if he still held his position “that because we saw big tech react the way they did on the New York Post story that the allegations in it are off the table, they are false as far as you’re concerned.”

Durkin then asked, “There were more accusations made this week, on that most-watched Fox News interview a couple of nights ago from Tucker Carlson. Did those meetings happen as they have been alleged when Joe Biden was a private citizen?”

Brown answered, “We’re not going to waste any time on this smear campaign. Because it’s just another distraction to distract, again, away from four years of Donald Trump’s reckless policies and his failed leadership, and I’m not going to accept the premise of the question. We have five days to keep our eyes on the prize, and again, that is to vote Joe Biden as the next president of the United States.”