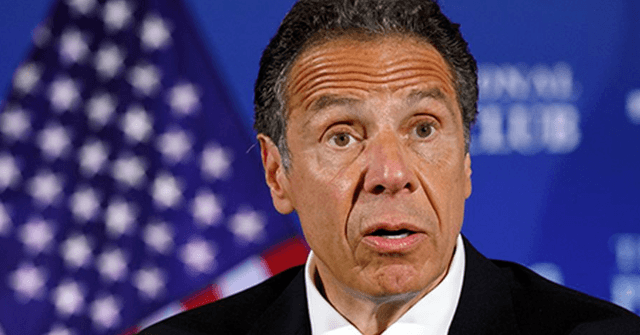 Governor Andrew Cuomo (D-NY) said Thursday on ABC’s “The View” that President Donald Trump was responsible for “every death” in the country from the coronavirus pandemic.

Co-host Whoopi Goldberg said, “Coronavirus is now the third leading cause of death in America, and you say, and rightfully so I think, but I’m going to ask you, you’re holding you-know-who responsible for every death in New York from COVID. I’m going to say to you. Why?”

He continued, “Second, they were totally incompetent in what they did. He keeps talking about the China-virus, China-virus, China-virus, trying to demonize China. The virus did not come here from China. The virus came here from Europe because he wasn’t paying attention, and the virus left China, went to Europe. January, February, March, we had 3 million people coming in from Europe. Italy, France, Spain. That’s where the virus came from, and he never knew that, and he never said it. No, this is all on his doorstep, and it still is, and the most obnoxious — you know that 110,000 people more are going to die because you won’t wear a mask, and your own neurosis keeps you from wearing a mask? All of your advisers say at least tell the American people to protect themselves. Wear a mask, and you refuse? I mean, how? How crazy.”