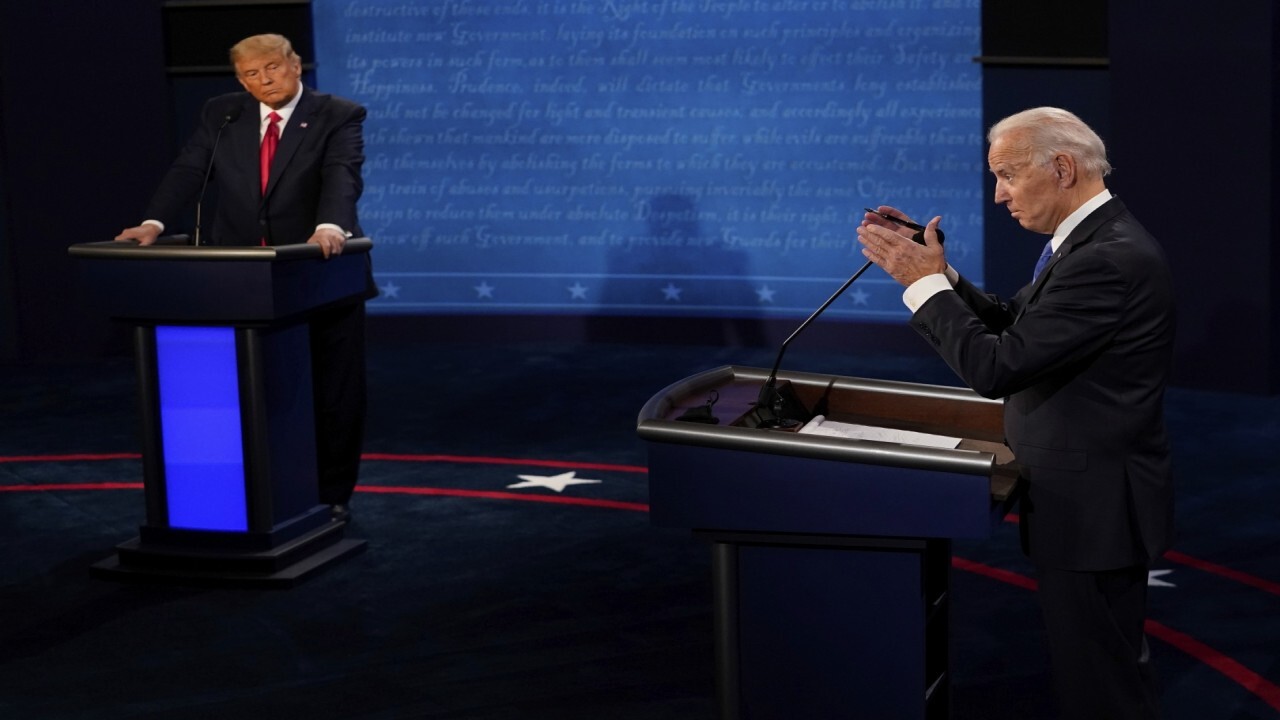 During the darkest days of the American Revolution, Thomas Paine, the British-born American political philosopher, wrote of his adopted country: “These are the times that try men’s souls.” He was referring to the hard choices that were facing the colonists.

History is filled with hard choices. They are often made hard by fear — fear of making the wrong choice, fear of chaos, fear of loss.

Paine argued that a true patriot could love his country and despise its government because he understood that government negates liberty, and liberty — not government — is our lifeblood.

Paine comes to mind this week as Americans decide who will be the most powerful person on Earth for the next four years. Will this election bring four years of contrived chaos or nagging socialism?

Americans are in two politically warring camps; each side hates the other and fears darkness if the other side wins.

Many folks who rely on government largesse fear that their government benefits might stop or change. Others fear that their income and wealth will be devoured by taxes and inflation. These are real fears, because the federal government today gives away more than it collects.

The federal government has borrowed $3 trillion in the past year — more money borrowed per minute than at any time in history. All that new cash in the money supply chasing the same amount of goods and services will surely raise the price of everything.

And taxes will go up no matter who is elected president because the government simply cannot survive long on borrowing. Someday, people will stop lending it money.

Someone — today, tomorrow, this year, next year — must pay the lenders. We are still paying interest on the $30 billion that the feds borrowed to fund World War I — so far, $15 billion in interest and growing.

I make these observations because the choice next week is less about policy and more about personality. The government’s misdeeds of the past — endless wars, endless welfare, endless government — have dictated a future that will be divisive, bleak and broke.

The feds have borrowed so much money and have so much debt that there is little room for policy differences between these two party branches when it comes to governing.

Readers of this column know that I fervently believe that our rights come from our humanity and not from the government. The highest of our rights is the right to live from the moment of conception.

I believe that you can think as you wish, say what you think, publish what you say, worship or not as you please, defend yourself using guns, and marry without the government’s permission. I believe that government is too big, too intrusive and too expensive.

Everything the government has it has stolen and much of what it says are lies. It pays only lip service to the Declaration of Independence and the Constitution.

I also believe that Black lives matter, that immigrants raised here are as American as the rest of us and that all persons –- like three of my four grandparents — have the moral right to better their lives by coming here and should be welcomed. I believe that government should not separate immigrant children from their parents.

I believe that most police are fair and courageous, some are racists and none should have snooping gear or military equipment.

If an assault — man-made or of natural origin, or even a phony fear concocted by evildoers — is coming, and the government knows of it, the government cannot morally keep this knowledge to itself.

I believe — with Thomas Jefferson — that government is best that governs least.

Yet, as Matthew Arnold asked in “Dover Beach,” why are we like two armies in the night? Why do we experience struggle and flight? Why are we as bitterly divided today as we were back in the late 1960s? Where is happiness? Why do good people fear criticizing the government? Why does the government spy on us? Have we really consented to give to the government all the powers that it exercises?

This election comes down to the personal character of the presidential candidates. Who is more honest? Who is more modest? Who has a better concept of pain and fear? Who understands the Constitution? Who is disruptive and chaotic? Who is peaceful and embracing? Who belittles? Who explains? Who embraces? Who rejects?

Who is one of us?

Should power be put into the hands of a divider or a uniter? If the emperor has no clothes, we must acknowledge it. If we made mistakes, we must correct them. If we need change, we must embrace it. If change is worse than the present, we must reject it.

Thomas Paine reminded the beleaguered colonial army, on the verge of freezing to death in New Jersey at Christmastime in 1776, that those who expect to reap the blessings of freedom must undergo the fatigues of supporting it.